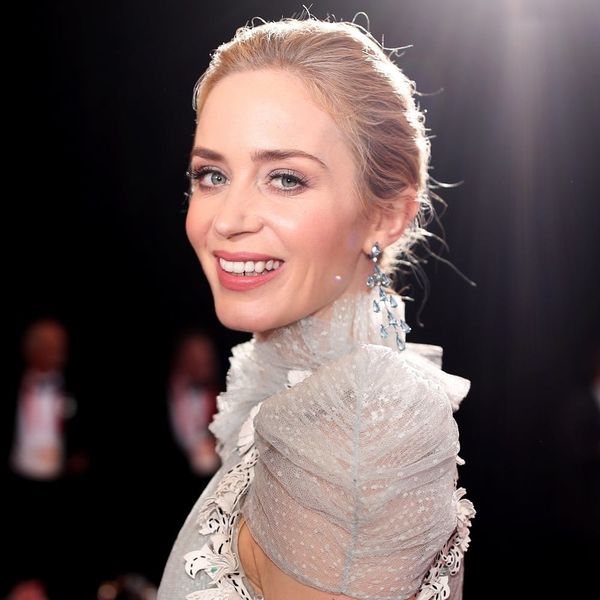 On the heels of the mini Devil Wears Prada reunion last Thursday, one of the movie’s stars, Emily Blunt, has just responded to the possibility of a sequel based on author Lauren Weisberger’s follow-up novel.

When the fashion-focused flick starring Anne Hathaway hit screens in 2006, fans immediately fell in love with Blunt’s character, Emily Charlton. And while the actress has come a long way since taking on the role of Miranda Priestly’s fabulously fierce assistant, Blunt would be willing to return to the story for a potential sequel.

Talking to Entertainment Tonight, Blunt spoke about the possibility of another film, saying, “I mean, if everyone wanted to do it, it would be cool… I’d be down.” And her character could just be the star, as Weisberger, who wrote the original The Devil Wears Prada novel, has written a sequel called When Life Gives You Lululemons, which switches the focus to Blunt’s character.

A second film might also see an on-screen reunion between Blunt and Stanley Tucci, who played super stylist Nigel and is now married to Emily’s sister, Felicity Blunt. We’d like to imagine them reminiscing about the film at family get-togethers, but apparently that’s not the case. “It’s so funny because, you know, we don’t tend to talk about work that much,” Blunt told ET. “You know, actors don’t end up talking about work that much.” Though she did add, “I think he saw [The Devil Wears Prada] again recently.” And what did he think of it 12 years later? “He’s like, ‘It’s really funny.’”

Would you like to see a Devil Wears Prada sequel that focuses on Emily’s character? Let us know @BritandCo!