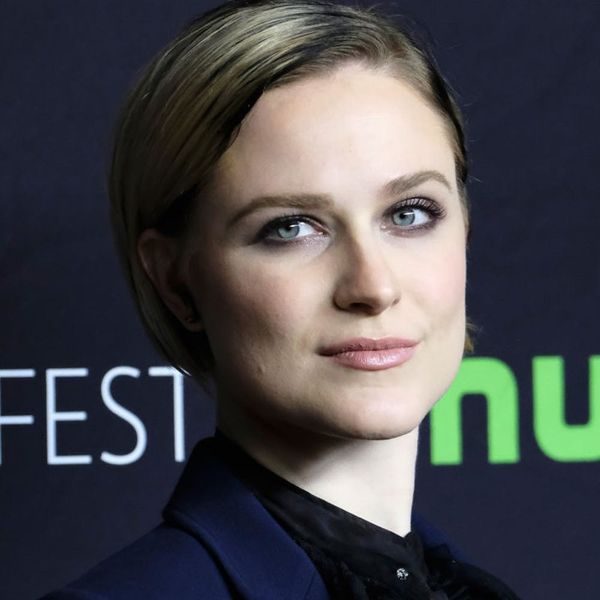 Hollywood wouldn’t be Hollywood without a little controversy, and this time the mini-feud is on between actors Evan Rachel Wood and Ben Affleck.

It all started last weekend when director Kevin Smith took to the stage at the LGBT Film Festival in LA and shared an anecdote about his now-controversial 1997 film, Chasing Amy. In the movie, lead Ben Affleck has to kiss his costar, Jason Lee. After their now-famous onscreen kiss, Affleck made a flippant comment about gay kissing. When Westworld and True Blood star Evan Rachel Wood got wind of Affleck’s awful remarks after Smith’s festival appearance this weekend, she took to Twitter to set the record straight (pardon the pun).

According to Smith, after filming the iconic scene, Affleck remarked, “A man kissing another man is the greatest acting challenge an actor can ever face.” So, once the filming for their guy-on-guy kiss had finished, Smith recalls Affleck saying, “Now I’m a serious actor.”

Smith’s remarks got published by Paper Magazine, who then tweeted their story, which caught Wood’s eye. She clapped back, tweeting, “Try getting raped in a scene. Grow up, Ben” (the Paper tweet and Wood’s subsequent reply have since been deleted). Wood also commented on the idea that women don’t love all the kissing they have to do with male co-stars, before deleting all her comments.

I have deleted the thread because of the sickening things people have written in response. I dont want to give that kind of hatred a place.

Given that Chasing Amy was made over 20 years ago, Affleck’s ideas about queer kissing and Hollywood have had plenty of time to evolve. It’s also worth pointing out that he is a strong supporter of LGBTQ+ rights in 2017.

That said, it’s also important to appreciate why Wood clapped back. Women and queer folks don’t always get a say in what their work life looks like, and it’s very damaging to cast queer kissing in a light that only gives straight people accolades, even if the comments made are in passing or as a joke.

What do you think of Ben Affleck’s comments? Tell us @BritandCo!