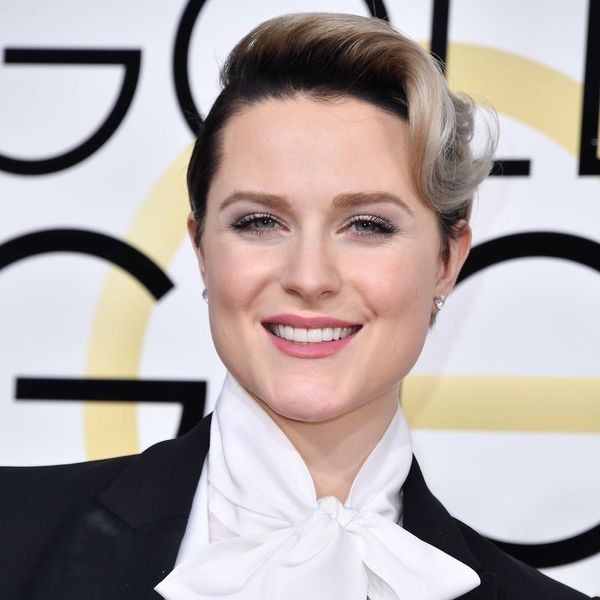 The Golden Globes are here, and so are the red-hot red carpet looks that give us life year after year. One of the trends we’ve most enjoyed tonight (so far!) has been the menswear-inspired looks on the likes of Octavia Spencer, Kristen Bell, Kathryn Hahn and, of course, the one and only Evan Rachel Wood. The 29-year-old Wood, who’s nominated for a Best Actress in a TV Series award for her role in Westworld, showed up looking beyond fierce in a custom Altuzarra suit. And the reason she gave for her gown-ditching ensemble was almost better than the outfit itself.

As she explained to Ryan Seacrest during E!’s red carpet spectacular: “This is my third nomination and I’ve been to the Globes six times and I’ve worn a dress every time. I love dresses; I’m not trying to protest dresses, but I want girls and women to know that they’re not a requirement. You don’t have to wear one if you don’t want to and to just be yourself. Your worth is more than that.”

But wait; it gets better. Wood also described the outfit as an “homage to Marlena Dietrich in Victor Victoria and David Bowie because it’s his birthday.”

Evan, we love you. Never change.