Everything You Need to Know About the OTHER Gosling 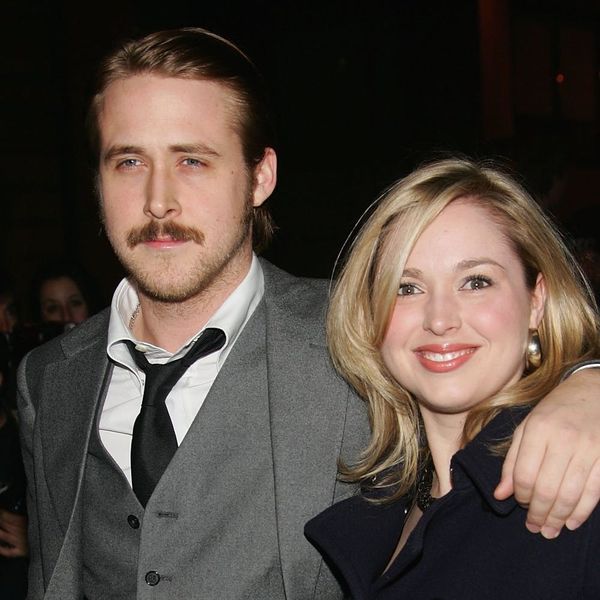 When the Oscars aired a few weeks back, it seemed like the entire internet was suddenly full of sleuths, all with one very specific goal in mind: Trying to dig up the dirt on the unrecognizable blonde with the primo seating next to Ryan Gosling (particularly since wife Eva Mendes was nowhere to be found). What’s more, Gosling seemed to be uber-friendly with his guest, leading her into conversation with stars such as Justin Timberlake and the like (wut!).

Though no scandal was going down, with the mystery woman having been revealed to be Gosling’s elder sister, Mandi, inquiring minds still wanted to know: Who in the actual F IS Mandi Gosling?

Welp, for starters, Mandi is in large part to thank for our obsession with the younger Gosling. His super sweet outlook toward women (particularly his own daughters) is the product of being a young man that was raised by his mother and his elder sister. Though it isn’t necessarily overt, Mandi’s presence in Ryan’s life is easy to see in his gestures and comments about females. “I’ve always liked women more,” he reportedly told ES magazine. “My home life now is mostly women. They are better than us. They make us better.”

Professionally, you’ve probably also seen Mandi’s work behind-the-scenes, at least on some level: Gosling has worked as a producer with credits on both NBC’s Dateline and the 2012 dating show MissAdvised. She’s also responsible for having cast the folks you saw in both Pharell William’s “Happy” and his collab with Alicia Keys, “Know Who You Are.” The former vid was, according to Mandi, no easy feat. Girl went through 5,000 auditions before settling on her picks. “It’s easy in Los Angeles to find people who are 25, good looking, and who want to be on camera,” she told the Ottawa Citizen back in 2015. “Finding people who are in their 60s and 70s, and [saying to them], ‘I don’t know if you dance, would you mind putting yourself on tape and dance to this song — that’s not easy.’”

While we can’t speak for Mandi’s own dance skills today, we DO know that girl had the MOVES early on (see her perform with Ryan here), so talent clearly runs in the family. Just in case you needed further proof, though, this 2007 vid of her singing “My Surprise” is making the rounds over on her YouTube channel, and let’s just say — we’re more than a little impressed. (Now we know where Ryan gets those La La Land genes).

Girl is no slouch when it comes to fashion, either. The eye-popping Mac Duggal dress she rocked to the Oscars is clearly a favorite, as she appears to have also donned it for her 40th birthday party (not that there’s any shame in recycling — even Kate Middleton recycles her faves!).

Since it’s not the first time we’ve seen Mandi on the red carpet (as you may or may not recall, she was also on her little bro’s arm for the 2007 Oscars and multiple film premieres throughout the years), we’re guessing it certainly won’t be the last, either: YES TO MORE GOSLINGS.

Are you newly obsessed with Mandi? Tell us over @BritandCo.

Nicole Briese
Nicole is the weekend editor for Brit + Co who loves bringing you all the latest buzz. When she's not busy typing away into the wee hours, you can usually find her canoodling with her fur babies, rooting around in a bookstore, or rocking out at a concert of some sort (Guns N' Roses forever!). Check out all her latest musings and past work at nicolebjean.com.
Family
Current Events
Family
More From Current Events