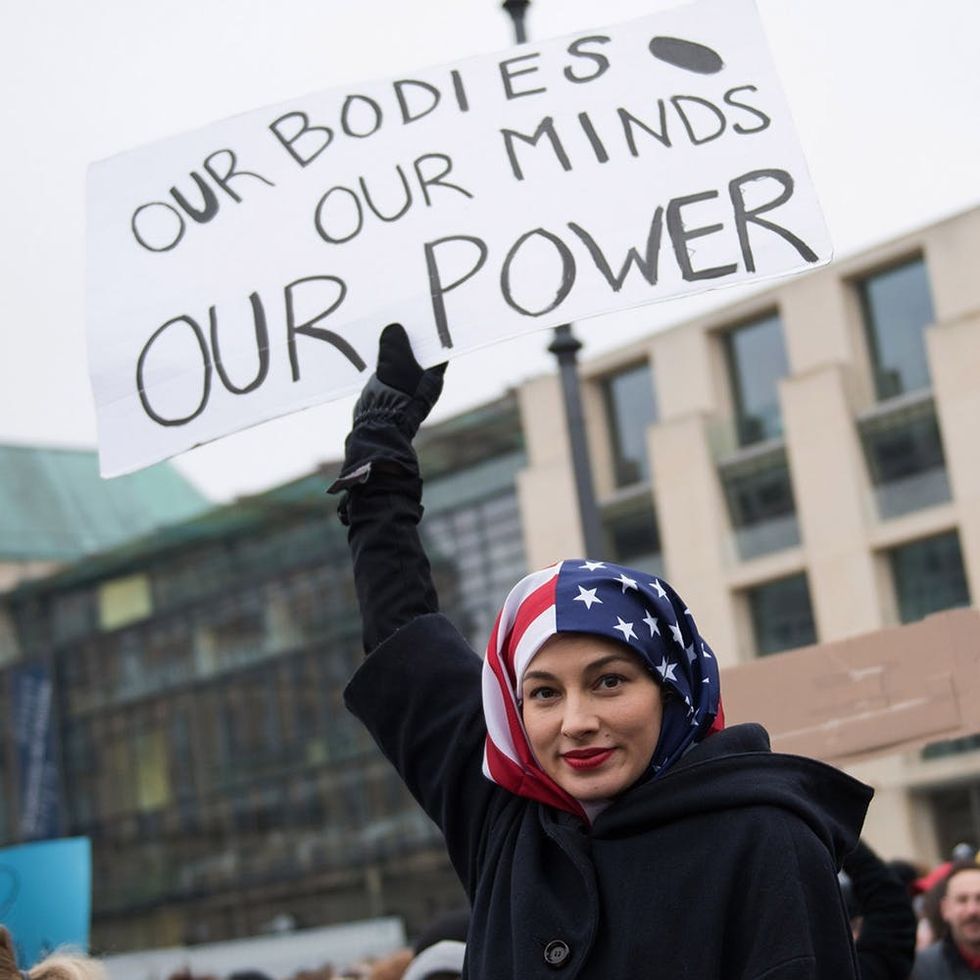 Can you believe it’s only been a year since Donald Trump was inaugurated and officially took office as president? It’s been a rough ride since January 20, 2017, but women started the Trump presidency off with a bang, coming together for one of the largest protests in the history of the United States the day after the president was sworn in.

In the US alone, an estimated four million people joined the first Women’s March in protest of the many sexist, homophobic, transphobic, and racist statements and policies made by not only Trump but the people with whom he has filled his administration. With the one year anniversary of the inauguration approaching, the Women’s March organizers have announced a second march and an entire weekend of associated events.

Since the first Women’s March on January 21, 2017, women have made serious moves to change the mainstream political and cultural landscape.

Women around the world organized a strike dubbed “A Day Without a Woman,” which was held on March 8, International Women’s Day. Women like Ellen Pao and Susan J. Fowler boldly spoke out against sexism in Silicon Valley. The #MeToo movement reemerged last fall when multiple women in Hollywood exposed years of abuse by film producer Harvey Weinstein, opening the floodgates for women in Hollywood to come forward en masse against abusers. Women in the media industry, and other industries, quickly followed suit. #MeToo was the springboard for a new initiative created by women in Hollywood called Time’s Up, which includes a legal defense fund for working-class women who are victims of workplace sexual abuse.

Following a year of activism, the Women’s March will be reprised this year, with 250 events planned around the world between January 20 through 22. Here’s the lowdown on some of the rallies and marches coming up later this month.

In Las Vegas, the Women’s March is holding an event called “Power to the Polls,” which will kick off a voter registration tour leading up to the 2018 midterm elections. According to the Power to the Polls website, the event will be the “next stage of the movement [that] will channel the energy and activism of the Women’s March into tangible strategies and concrete wins in 2018.” Beginning at 10am and ending at 4pm, the Las Vegas event will also include a rally.

New York City had a huge turnout for the first Women’s March last year, with about 400,000 people showing up to march against Trump. According to the Facebook event page for this year’s march in NYC, which will be held from 11am to 3pm on January 20, some 19,000 people are planning to attend at press time, and another 75,000 people are interested in going. The event description calls attention to the fact that “basic rights for women, immigrants, LGBTQ+, people with disabilities, the religious and nonreligious, people of color and even Mother Earth have struggled to survive under the weight of the current administration. America’s First Amendment has been challenged and healthcare for millions has been threatened.”

Los Angeles’ Women’s March in 2017 drew a massive crowd of 750,000 people, and this time around, the anniversary march’s Facebook event page shows that 13,000 people are planning to go, and another 40,000 people are interested. The LA anniversary march will take place on January 20, from 9am to 4pm in downtown LA. The event page explains that the LA organizers want to galvanize marchers to vote: “On this date we will march to announce our collective vision that by using our VOTE we can create a government that supports and represents our intersecting identities and the social justice and human rights issues that impact us all.”

On January 21 last year, 250,000 women and their supporters turned up to march against the Trump administration in Chicago. Chicago organizers have dubbed this year’s anniversary march “March to the Polls,” and the Facebook event page indicates 6,000 people will attend, with another 20,000 interested in going. On January 20 from 11am to 1pm, Chicagoans will begin with a rally that will include music and videos, and will “celebrate the spirit of the resistance efforts over the past year and unite to focus on the 2018 elections and beyond,” according to the Facebook event page.

These are just a few of the events planned for the anniversary of the Women’s March. A full list of the events can be found here.

Elizabeth King
Elizabeth King is a politics, history, and culture writer based in the Twin Cities. She is generally pretty cranky but still enjoys traveling, music from the early 2000's, and plotting the resistance. Feel free to say hi on Twitter at @ekingc or check out some of her work at www.elizabethcking.com.
Activism
Empowerment
ActivismPoliticswomens march