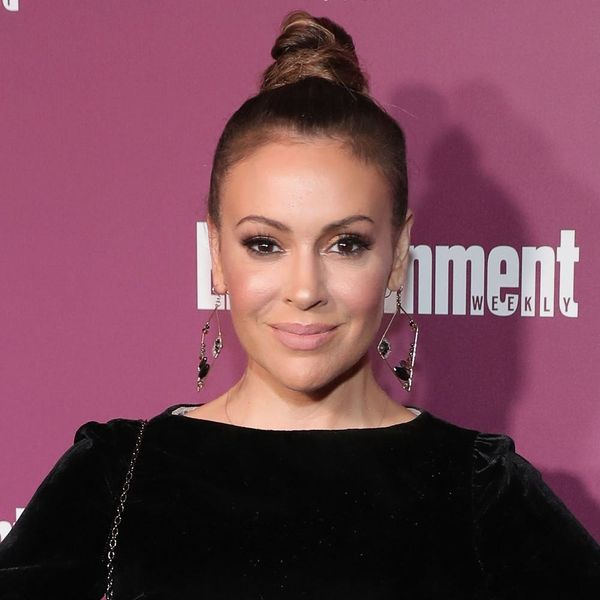 In the wake of the Harvey Weinstein scandal, women are speaking out — or in some cases, going silent, like in last week’s Rose McGowan-led Twitter boycott — in support of one another and other victims of sexual harassment and assault. One call-to-arms, in particular, took off on social media this weekend, when The New Agenda, a women’s advocacy nonprofit, used the #WomenWhoRoar hashtag to encourage people to keep sharing instead of going silent. Soon, people started adding #MeToo to their replies to indicate that they’d been sexually harassed or assaulted.

It’s breaking my 💔 how many #MeToo I see trending by women who have been victims of sexual assault. This shit has got to stop!#WomenWhoRoar

The “Me Too” campaign really took off when Alyssa Milano, who was an early supporter of her former Charmed costar McGowan’s Twitter boycott efforts, shared it on her social media.

Because I was shamed and considered a "party girl" I felt I deserved it. I shouldnt have been there, I shouldn't have been "bad" #metoo

And it wasn’t limited to just women, either. Hamilton actor Javier Muñoz shared his own “me too,” saying, “I don’t know if [it] means anything coming from a gay man but it’s happened. Multiple times.”

Me too. I don’t know if means anything coming from a gay man but it’s happened. Multiple times.

And other people used the hashtag to show support.

Don't say you have a mother, a sister, a daughter…

Say you have a father, a brother, a son who can do better.

To all the women sharing stories of sexual assault and sexual harassment, thank you for your bravery to speak up. You are not alone. #MeToo

The campaign wasn’t just limited to Twitter, and certainly not just to Hollywood. A quick scan of your personal Facebook feed or Twitter timeline likely revealed an overwhelming number of participants from “real life” too. The phrase trended on multiple platforms for hours, as people all over shared their stories or added their voices to the growing “Me Too” chorus.

It’s a powerful exercise that illustrates the magnitude of society’s treatment of women, and hopefully empowers those who choose to participate. But it’s also important to remember that not everyone can or wants to share their trauma publicly — and that’s okay too.

Were you surprised with the number of “me too” updates you saw? Let us know @BritandCo.