A Facebook Employee Allegedly Used His Job to Stalk Women 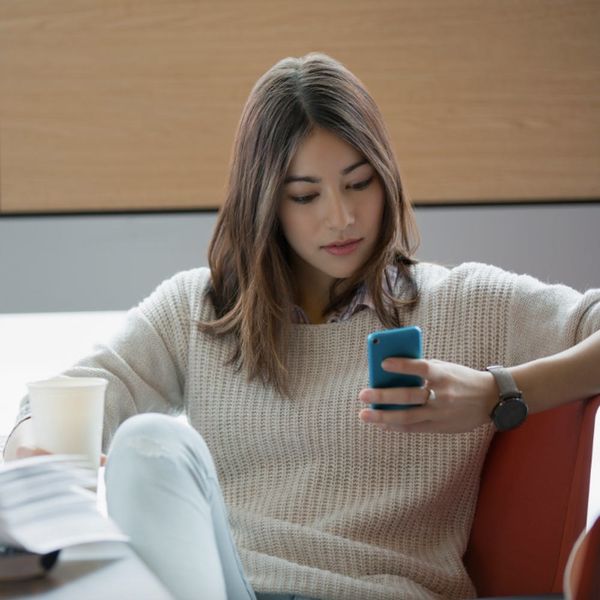 Facebook has lately been embroiled in a series of scandals related to the spread of disinformation during the 2016 presidential election and working with Cambridge Analytica, who misused millions of Facebook users’ data. Now, Facebook confirms that it has fired a security engineer who allegedly used their position at Facebook to cyberstalk women on Tinder. Here’s what you need to know about Facebook, cyberstalking, and how to stay safe.

The alleged stalking was first mentioned publicly on Twitter by Jackie Stokes, who is the founder of Spyglass Security. On Sunday, Stokes tweeted, “I’ve been made aware that a security engineer currently employed at Facebook is likely using privileged access to stalk women online. I have Tinder logs. What should I do with this information?” Motherboard reported the story, and on Wednesday Facebook confirmed that the employee accused of cyberstalking had been fired.

I’ve been made aware that a security engineer currently employed at Facebook is likely using privileged access to stalk women online.

I have Tinder logs. What should I do with this information?

Cyberstalking is any use of the internet to stalk or harass someone. According to the Privacy Rights Clearinghouse, cyberstalking can include sending harassing emails, hacking online accounts (whether they social media, banking, or other private accounts), and doxxing (posting personal and private information about the victim publicly online).

It’s also imperative to understand that cyberstalking is often not just contained to the internet. A 2012 report from the Bureau of Justice Statistics states that one in four victims of stalking said that they were cyberstalked in some way. As this statistic indicates, there is a significant crossover between in-person stalking and stalking someone online.

Facebook has been implicated in making its platform less safe for victims of domestic abuse in the past. Corinne Cath, a Ph.D. Candidate at the Oxford Internet Institute and Alan Turing Institute, tells Brit + Co, “In the wake of the implementation of [Facebook’s] “real-name” policy, which required users to use their legal name on the platform, victims of domestic abuse protested that it would make it very easy for their abusers to locate them.”

She adds, “While the question is different in how it played out, all of it ties back to Facebook’s business models of gathering and selling accurate data for targeted advertising purposes.”

HOW COMMON IS CYBERSTALKING?

Women are generally likelier to be the targets of cyberstalking, too. According to 2014 data from the Pew Research Center, 26 percent of women ages 18 to 24 who use the internet said they had been cyberstalked, compared to seven percent of men in the same age range, and eight percent of internet users overall. Statistics about stalking also reveal stalkers are most likely to stalk someone that they know.

What’s particularly scary about the claims being made about a Facebook employee is that a person in such a position would have easier access to a lot more information about a Facebook user than the average stalker might. But Facebook and other social media employees are not the only ones with easy access to personal and private information, however. There have also been manyrecentreports of police officers using their jobs as a means to stalk women both online and in person.

HOW CAN INTERNET USERS KEEP THEMSELVES SAFE?

While it may not be possible to entirely prevent malicious people from stalking online, there are some ways to make it harder for them to be successful. The Association for Progressive Communications provides a variety of recommendations, including:

People who are concerned about their privacy online may also want to check out this guide created by CHAYN, “an open-source project that leverages technology to empower women against violence and oppression so they can live happier and healthier lives.”

But what about stalkers who have access to a lot of private information like, for instance, a person who works at a company like Facebook? In that case, Cath tells us, it can be a lot trickier to stay safe online.

“When it comes to the individual engineers at Facebook and their ability to do this type of stalking, it is difficult for individual Facebook users to protect themselves,” she says. She adds that even if a person deletes their Facebook account, the company still has a copy of their data.

Cath says that because it can be difficult for even the savviest internet users to protect their privacy online, everyone should be wary of solutions to privacy concerns that rely on individuals to update their settings. Instead, companies should make it their mandate to consider the safety and human rights of their users by default.

“More effective are recent steps taking by various app companies to incorporate human rights considerations in their platforms by-default,” Cath says. “NGOs like ARTICLE 19 are working with app providers like Grindr to provide better safety standards for their LGBTQIA user-base. We need more companies to take such proactive steps.”

Elizabeth King
Elizabeth King is a politics, history, and culture writer based in the Twin Cities. She is generally pretty cranky but still enjoys traveling, music from the early 2000's, and plotting the resistance. Feel free to say hi on Twitter at @ekingc or check out some of her work at www.elizabethcking.com.
Controversy
Current Events
Controversy Facebook
More From Current Events