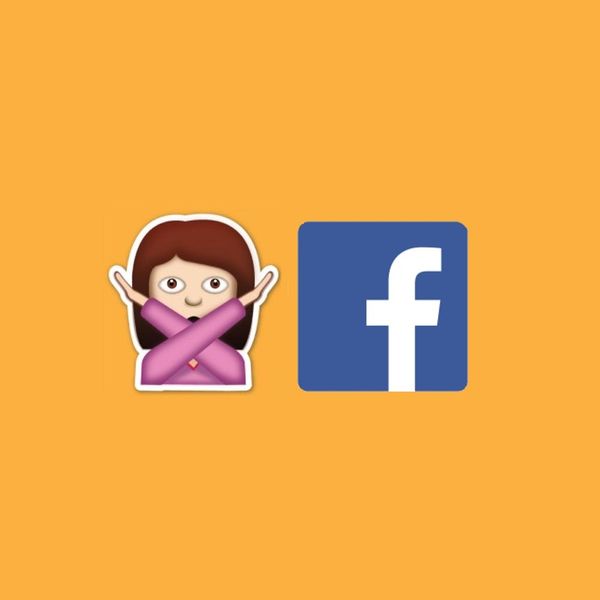 Most of us use Facebook, Twitter, and Google on a daily basis, probably many times a day. And though we rely on these sites as a source of connection with friends, memes, and news, we all know firsthand that these platforms have their share of flaws.

This week, a federal probe into the connections between President Trump’s presidential campaign and Russia has found that all three tech giants allowed a huge amount of fake news to spread, which may or may not have affected the election’s outcome. Around the time of the election, a massive amount of Russian-bought ads and Russian-created fake news items saw significant traffic on social media platforms, exposing voters to false information that may have influenced voters.

And now, Facebook, Twitter, and Google have to face the music in front of Congress and the public, and explain just how much fake news their platforms hosted and helped spread. Starting Tuesday, Facebook, Twitter, and Google’s parent company, Alphabet, commenced two days of testimony regarding their platforms’ role in the spread of pro-Trump and anti-Hillary Clinton fake news originating in Russia.

But just how did so much fake news originating in Russia end up on social media and Google in the first place? And what will happen next for these tech companies after they testify for Congress? Here’s a look at just what the heck happened, and what’s coming up for Facebook, Twitter, and Google.

How much fake news actually spread leading up to the 2016 election?

It’s clear that quite a lot of fake news made the rounds leading up to the election between 2015 and 2017 on Facebook. In written testimony, Facebook’s lead counsel stated that more than 126 million Facebook users were exposed to disinformation originating in Russia, specifically from a so-called “troll farm” called the Internet Research Agency. The fake news content was shared directly to an estimated 29 million people, according to the written testimony, and was disseminated out to the remaining millions more via shares. What’s more, NPR reports that Russians bought 3,000 US political ads that were worth $100,000 leading up to the election, in addition to made-up news stories.

CNN noted that the 126 million Facebook users reached by fake, Russian-backed “news” stories amounts to about half the size of the total voting population in the US, though it’s not necessarily the case that everyone exposed to the stories voted, or even read the stories.

As for Twitter, the company’s written testimony states that the platform identified 2,752 accounts created by the Internet Research Agency. All said, these accounts sent out 131,000 tweets between September 1, 2016 and November 15, 2016, according to CNN. Lawyers for Google wrote testimony revealing that accounts linked to the Kremlin purchased $4,700 worth of ads, CNN reports. Further accounts using Russian internet addresses or Russian currency bought a total of $53,000 worth of ads.

For Democrats in Congress, all of this adds up to evidence that the Russian government was using fake news and political ads in an attempt to influence the 2016 presidential election in favor of Donald Trump.

How did the fake news spread so far and wide?

Ben Nimmo, the Information Defense Fellow with the Atlantic Council’s Digital Forensic Research Lab, tells Brit + Co that we should all be careful with the use of the term “fake news” in describing what happened on Facebook and Twitter during the election. What Russia really did, Nimmo explains, was exploit peoples’ emotions using disinformation. These disinformation campaigns are “much worse” than simply planting fake news stories, Nimmo says.

He cited an example where a Russian account created a fake event on Facebook, which claimed that a group was coming out to protest against Muslims. The account also created a counter-event, encouraging people to protest the initial fake event. This is an example of a “full-on destabilization measure,” in which the people behind these accounts identified “sensitive and emotional issues, and hit them with a sledgehammer,” Nimmo tells us.

As we’ve all likely witnessed at some point on social media: Emotionally charged and divisive information can spread quickly. When we see information shared that is upsetting or makes us feel afraid, we’re inclined to share the information with our own networks. This emotional response is precisely what Russian accounts were able to exploit by creating disinformation around highly sensitive, emotional, and divisive issues. Based on how many millions of Facebook users were exposed to false information from the Internet Research Agency, it’s clear the plan worked.

And though Facebook and Twitter were made aware that false, inflammatory information was spreading for months before the election, Nimmo says the companies were hesitant to intervene and ultimately did little about the alarms experts were sounding. “Something went badly wrong,” Nimmo says. “We can only guess what it was.”

why is this being investigated now?

You may be wondering why it took this long for this investigation to take place, given that these disinformation campaigns took place over a year ago. The answer: Mostly, because Congress and the Justice Department are in the thick of investigations into possible connections between the Kremlin and Donald Trump’s presidential campaign.

The FBI started its investigation into Russian meddling in July of 2016, four months before the election. It wasn’t until October 2 of this year that Facebook first gave Congress information about ads purchased from Russia.

Despite the fact that these massive and influential tech companies allowed fake news that potentially impacted voters to spread for months before the 2016 election, there isn’t much at stake for them. According to CNBC, the tech giants may suffer a worsened reputation for their involvement in the spread of fake news and for selling political ads to Russians. They may also be faced with new and stricter legislation that deals with selling political ads.

Elizabeth King
Elizabeth King is a politics, history, and culture writer based in the Twin Cities. She is generally pretty cranky but still enjoys traveling, music from the early 2000's, and plotting the resistance. Feel free to say hi on Twitter at @ekingc or check out some of her work at www.elizabethcking.com.
Facebook
Politics
Facebook Politics social media twitter
More From Politics