The FBI Didn’t Charge Gamergaters Who Admitted to Threatening Women 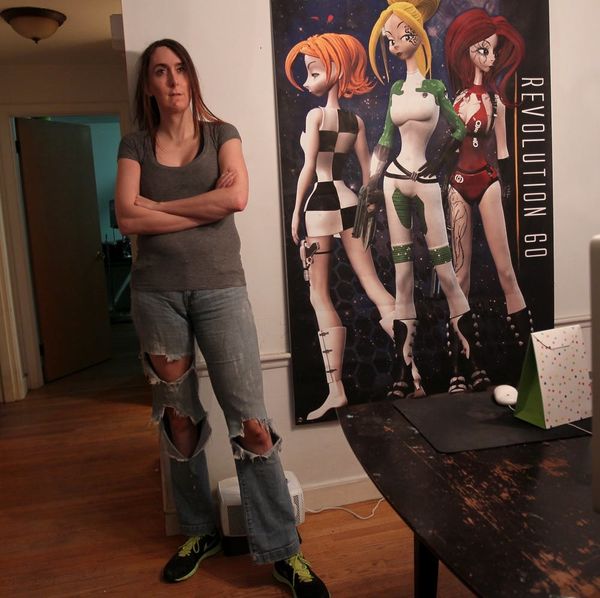 Countless women have experienced harassment online. Sometimes it’s a random message from a stranger or bot account, and other times, it’s a concerted campaign that includes terrifying threats. Throughout Gamergate, an online harassment campaign that targeted women with influence in the gaming community, vicious trolls sent thousands of harassing and threatening messages to women gamers, including death and rape threats. The FBI looked into some of the worst threats, but according to new reports on the investigation, didn’t charge the men behind the threats even when they confessed.

Gamergate began in 2014, and was born on the notoriously troll-ridden message board 4chan, which is also popular with the “alt-right” (which, many have argued, at least partly grew out of Gamergate). Gamergate was born with a 9,000-word diatribe penned by a man named Eron Gjoni against his ex-girlfriend, the video game developer Zoe Quinn. Gjoni and others who were galvanized by his rant framed Gamergate as a crusade for “ethics in games journalism,” but in truth, Gamergate is a viciously misogynistic attack on women in gaming, especially women with any power and influence in the industry.

Following Gjoni’s post about Quinn, Gamergaters began harassing her, sending death and rape threats. Other women in gaming were then also harassed and abused as Gamergate gained steam. Feminist game critic Anita Sarkeesian became the target of Gamergaters, and even had to cancel a speech about representations of women in video games at Utah State University in 2014 because someone threatened to carry out “the deadliest school shooting in American history.”

Sarah Nyberg, a critic of Gamergate, was doxxed and threatened and ruthlessly harassed online for speaking out against misogyny in gaming. Several other women also received death and rape threats. Some left their jobs and even their homes as a result. Brianna Wu, CEO of the gaming studio Giant Spacekat, and her husband had to leave their home and live in a hotel after she received death threats.

In brief, these online threats were very serious and had a major impact on the lives of the victims.

And yet, the FBI decided not to charge some of the men responsible. Business Insider reports that even though at least one of the men who sent dozens of harassing emails and threats confessed, the FBI let him go after he said it was all just a “joke.” Jokes don’t usually result in women fleeing their homes in fear for their lives, however.

Ana Valens, a reporter who has followed Gamergate from the very beginning and has written about gaming for the Daily Dot and Dot Esports tells Brit + Co that it’s no surprise the FBI didn’t charge the men implicated in Gamergate harassment.

“The federal government is still grappling with how to manage harassment and whether it’s worth prosecuting,” says Valens. She points to the fact that the Department of Justice itself mishandles harassment internally, according to reports. “It’s obvious to me that women like Anita Sarkeesian or Alison Rapp (who lost her job from harassment) won’t be treated fairly if the department can barely handle the situation at home.”

Valens says that she thinks the FBI likely accepted the claim that the harassment was merely a “joke” because investigators “see [gaming] as a male-dominated hobby infused with internet culture, so they downplay harassment and treat it like ‘trash talking.'” Overall, Valens says that she doesn’t think “the federal government particularly cares if women receive death threats or face sexual harassment.”

Brianna Wu expressed a similar sentiment after reports on the FBI’s failure to charge Gamergate harassers emerged. The CEO told The Verge: “All [the FBI’s] report does for me is show how little the FBI cared about the investigation. I’m fairly livid.”

Though Gamergate peaked between late 2014 and early 2015 and has fizzled out somewhat since then, Valens says that the movement is still very much alive. The harassment tactics have died down, but the movement hasn’t actually given up on its agenda. These days, Gamergaters are mostly commenting on “drama in the gaming community and political issues throughout the internet, like [“alt-right” writer and speaker] Milo Yiannopoulos, or [YouTuber] Laci Green’s right-leaning tendencies.”

Tell us what you think about this story @britandco.

Elizabeth King
Elizabeth King is a politics, history, and culture writer based in the Twin Cities. She is generally pretty cranky but still enjoys traveling, music from the early 2000's, and plotting the resistance. Feel free to say hi on Twitter at @ekingc or check out some of her work at www.elizabethcking.com.
Politics
Current Events
Politics Tech News
More From Current Events