Are Faux Freckles the Next Big Beauty Trend? 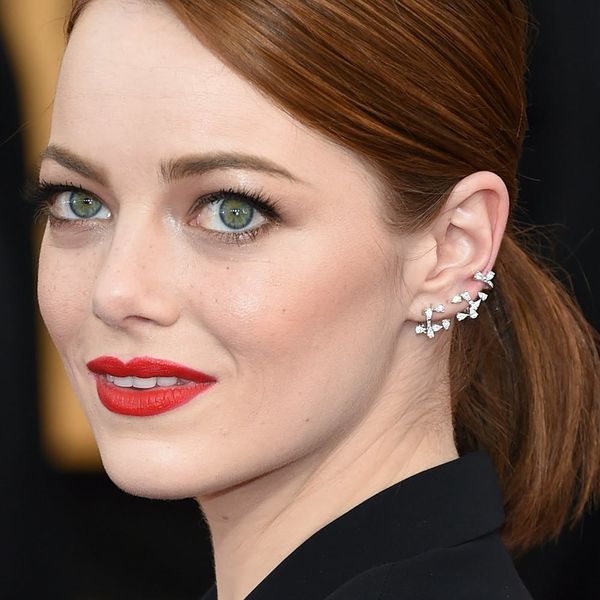 It’s probably happened to you before by accident; you come back from a super sunny vacay or even a long beach day and realize that your face has adorable, faint little freckles. Summer is not currently upon us and subsequently neither is a whole lot of sun. So until then, how can we get those little specks of summer to pop up on our faces? The answer is not a tanning booth. Apparently, you can just go ahead and fake it.

We’ll admit, the idea seems pretty weird at first. Drawing fake freckles on was maybe something you did when you were eight and dressed up as Pippi Longstocking for Halloween (just us?), but it’s not really something you want to be doing as a grown lady — or is it? This isn’t a totally new idea, but we were first reminded of it during award show season when Emma Stone walked the red carpet at the SAG awards. Aside from her perfectly swept back, ronze hair, beauty blogs were all a-buzz about her freckles, which looked a little bit fake and definitely not like the natural ones she’s had in the past. The Gloss chalked Stone’s look up to this makeup technique: “It seems as though the makeup artist applied a lot of foundation and base makeup, then tried to make it look more natural by applying fake freckles where she would normally have them.”

Aside from the red carpet, we’ve also seen this look pop up on the catwalk. During Preen by Thornton Bregazzi’s Spring 2015 show, models rocked some pretty heavy fake freckles. In typical runway fashion, this version of the trend looks very much over-the-top and not super believable. But tone it down and would anyone really know the difference? If you’re ready to give this look a try, Harper’s Bazaar advises you to use an eyebrow pencil rather than eyeliner for a more natural finish.

If you’re currently freckle-less and show up to work one day with a face full of the cute specks, folks might be a little suspicious. But if you have a spring getaway or even a long weekend planned, why not come back with a few added dots on that pretty face of yours? It might make coming back to reality a little bit more bearable and gives you the perfect excuse to the test the trend.

What’s your take on faux freckles? Would give it a shot? Tell us what you think in the comments below.