11 Foods You Didn’t Know Were Hurting the Planet 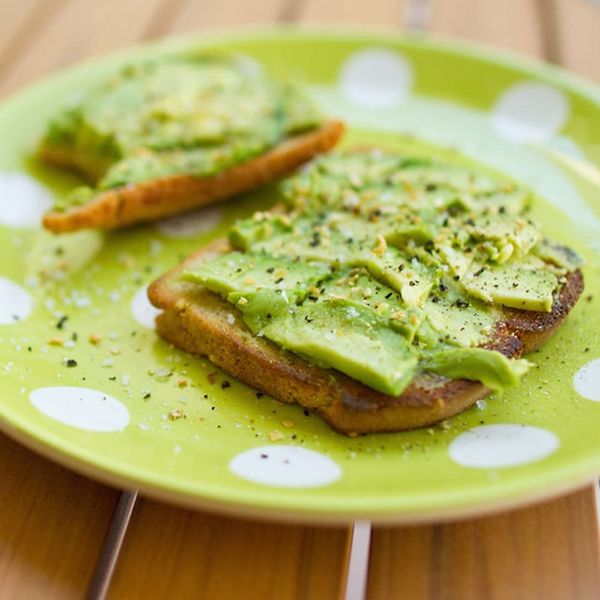 From composting to opting to ride our bikes to work, this planet is our home and we’ve got to treat it kindly. We try to do our part every day, but considering that we’re on the tail end of Earth Month (and especially if you missed Earth Day yesterday!), we thought we’d take it one step further and examine an element you may be overlooking: your diet. Even though you’re healthy homemade lunches and side of guac (skip the burrito) may be fueling your body well, a lot of the foods you’re eating on the daily actually increase your carbon footprint. Sushi lovers, cookie addicts and almond butter freaks, we’ve got some pretty sad news for you, and it may have you completely rethinking your grocery list. Scroll on down to see what foods are actually putting a serious damper on the planet.

1. Bananas: When was the last time you bought a locally grown banana? Can’t remember? That’s probably because they don’t exist. The five companies that control the majority of the world’s bananas all grow their crops in Ecuador, Colombia, Costa Rica, Guatemala and Honduras. This means bananas have to be flown into western countries which releases massive amounts of CO2. Additionally, many bananas are unnecessarily wrapped in plastic as that’s currently the only way most grocery stores are able to decipher between fair trade bananas, organic ones and the rest. (via One Green Planet, photo via Wikimedia)

2. Beef: If you’ve ever seen a documentary on going vegetarian, we’re guessing you may have heard about this one. But what exactly does your steak have to do with the environment? It mostly comes down to cows’ shocking aid in greenhouse gas production. On average, a cow releases between 70 and 120 kg of methane per year. Methane is a greenhouse gas like carbon dioxide, however, the negative effect it has on the climate is 23 times higher than the effect of CO2. To put things in perspective, an expert told The Guardian, “The biggest intervention people could make towards reducing their carbon footprints would not be to abandon cars, but to eat significantly less red meat.” Meatless Mondays, anyone? (via Time for Change)

3. Sugar: We’re really sorry to be the ones to have to tell you this — we love a cookie as much as the next gal — but according to the World Wildlife Fund, sugar mills produce wastewater, emissions and solid waste that negatively impact the earth. The large amounts of unused plant matter and sludge are often washed from mills to decompose in freshwater. When this happens, the waste absorbs all the available oxygen, resulting in massive fish fatalities. (via WWF, photo via Flickr)

4. Almonds: While almonds and almond milk are both relatively healthy options, they’re both making a detrimental impact on the California drought. According to Mother Jones, California is responsible for growing a whopping 80% of the world’s almond supply — the state churns out an average of 2 billion pounds a year. What’s the bad news? It take 1.1 gallons of water to produce a single almond. You probably don’t need your calculator to figure out that is a whole lot of water that the state simply doesn’t have any right now. (via Mother Jones)

5. Salmon: Sorry, sushi lovers. In recent history, wild salmon has been in some serious danger of being overfished. To ease that pressure, the industry began farm-raising salmon. However, the environmental impact of this technique may not be much better: the technique uses open net-cages placed directly in the ocean, where farm waste, chemicals, disease and parasites are released directly into the surrounding waters, harming other marine life. (via Farmed and Dangerous)

6. Coffee: Traditionally, coffee has been grown in shaded areas, which provide a habitat for animal and insects. The shade also helps prevent topsoil erosion and removes the need for additional chemical fertilizers. But due to the increase in production (people need their caffeine fix), a large share of the world’s coffee is now being grown in direct sunlight. This allows it to grow faster, but in turn requires chemical fertilizers and deforestation of land. (via The Guardian, photo via Flickr)

7. Palm Oil: You may not realize it, but this is an ingredient that can be found in up to 50% of packaged foods in America. Palm oil has become one of the world’s leading causes of rainforest destruction. The growing desire for the ingredient has led to plantations taking over some of the world’s most diverse ecosystems and in turn endangering both the Sumatran and Borneo orangutan. Seems like a pretty good case for cooking from scratch. (via Rainforest Action Network)

8. Avocados: This fruit doesn’t require quite as much water as almonds, but avocados still need about 74 gallons of water per pound to grow into that delicious toast topping you know and love – and of course, 90% of all US-grown avocados come from California. Additionally, avocados are imported from other countries for about eight months out of the year. But as we learned with bananas, flying in produce causes a whole other set of environmental issues. (via Mother Jones, photo via Flickr)

9. White Bread: It’s common knowledge that white bread is essentially wheat bread with the bran and germ removed. This means the bread is not only stripped of most its nutrients, but more labor is required to produce it. Simply put, any time an ingredient requires extensive refining, it also requires an increase in energy and resources leaving a greater impact on the planet. Eat yer whole grains, kiddos! (via Green Living Tips)

10. Soybeans: Similar to palm oil, the increase in soybean production has resulted in the deforestation of fragile ecosystems like rainforests and savannahs. Species like the jaguar and giant anteater are now in danger due to the expansion of our go-to sushi side. (via WWF, photo via Flickr)

11. Rice: Those of you living in areas where the drought is a serious concern may want to stray away from this grain. According to Oxfam, rice accounts for one-third of the planet’s annual freshwater use. A new farming method has been developed in recent years that enables farmers to produce up to 50 percent more rice with less water, but you’d still be better off opting to use an alternative grain aka time to really make the switch to quinoa. (via Woman’s Day)

Which of these foods are you most shocked to learn is harmful to the planet? Share with us in the comments below.