5 Easter Dishes the French Feast On 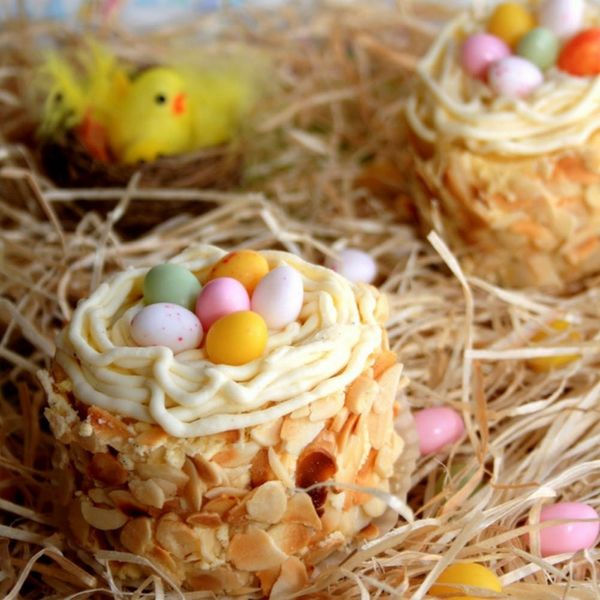 As a historically Roman Catholic nation, Easter in France is a big deal. Although there are many famous dishes from the French culinary repertoire, not all of them make an appearance during this holiday meal. In fact, traditionally, the Easter feast is limited to a few special dishes. Although there are variations, below are time-honored items that are served in a French home during Easter.

1. Mouna (La Brioche de Pâques): Mouna is very similar to the traditional French brioche, but it’s denser and flavored with orange blossom and anise. The name comes from Spain and has become the name for Easter Monday in French. (via Cuisine Moi un Mouton)

2. Petits Nids de Pâques: In France as well as in the United States, Easter holiday is inescapably intertwined with images of new life like eggs and bird nests. The French took this symbolism to mind and created a decorative pastry version of birds nests made from almond cake, topped with thin ribbons of frosting, and then filled with chocolate eggs. (via Amandine Cooking)

3. Pâté de Pâques Berrichon: Although beautiful, this dish is rather simple. It consists of a meat terrine built around an egg, then packed into a buttered crust, and baked until you can slice it like a cake. It’s often served during Easter, but you can find it at the brunch table at almost any time during the year. (via Französisch Kochen)

4. Gigot d’Agneau: Ask anyone from the country what they eat for the holiday and “lamb” will be the first words out of their mouths. Perhaps it’s the Biblical association of Jesus as the sacrificial lamb that originally prompted the choice of meat, but in any case, a well-roasted leg of lamb is an undeniable pleasure and an impressive centerpiece for a springtime feast. (via Papilles et Pupilles)

3. Oeufs Cocotte: Not every family does Easter lunch. Some French families enjoy eating a little earlier. For family meals that occur before noon, eggs in cocotte are a popular choice. This simple dish involves eggs cracked into ramekins and baked with a splash of cream and dose of sun-dried tomatoes, bacon, herbs, or cheese to make a mini version of a one-pot meal. (via Godiche)

What other international Easter traditions do you know about? Tell us about them @BritandCo.