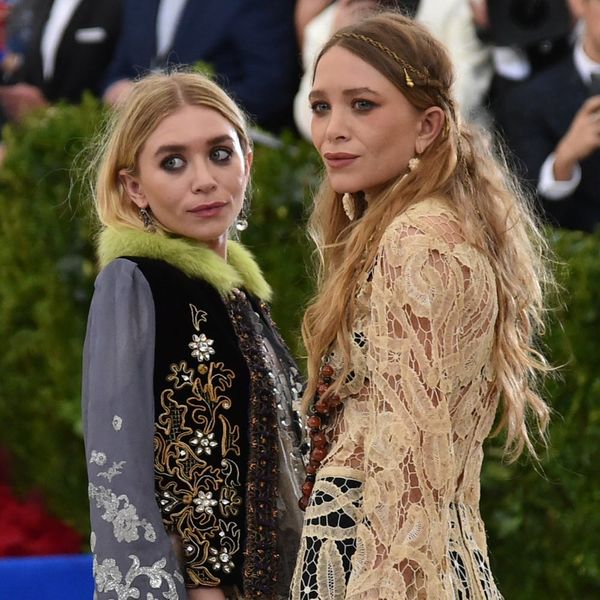 The season three premiere of Fuller House is just hours away, and as we saw in last week’s teaser for the new episodes, it’ll be extra nostalgic in honor of the 30th anniversary of the fictional family’s introduction to the world. But if you were hoping for a big return from the youngest Tanner sibling, Michelle — played, of course, by Mary-Kate and Ashley Olsen — you’re out of luck.

“I’ve stopped asking, really I kind of gave up,” Fuller House creator Jeff Franklin told Us Weekly at the show’s Paleyfest panel in Beverly Hills. He added, “I think we’ve gotten enough ‘no’s. We’re kind of done asking.” However, he also said he wouldn’t rule out the possibility that the famous sisters could change their minds in the future: “But who knows? You never know in life. Who thought this whole thing would happen?”

He further explained his overall view on the situation, saying, “[W]hen somebody rings a doorbell, the girls [DJ, Stephanie, and Kimmy] yell, ‘It’s always open!’ on the show, so that’s kind of how we feel about the Olsen twins. The door is open.”

Mark your calendars for September 22nd! Not only will Full House turn 30 years old- but @fullerhouse Season 3 (part 1) will also premiere on @netflix!!! #ThrowBack #FirstNineEpisodes #Part1 🤗🏡

While it’s certainly disappointing for fans to find out that a cameo from the Olsen twins isn’t likely to happen, we have to respect the fact that they are no longer actors and have fully embraced their (super successful) fashion careers.

And we can still bask in the nostalgic fun that Fuller House brings us. Franklin explained his take on the opportunity to reunite with the cast and mark 30 years in such a meaningful way, saying, “It’s pretty crazy. It’s pretty special really.”

Catch us on @goodmorningamerica and @theviewabc TOMORROW morning! We'll be talking #FullerHouse Season 3 premier & our 30th anniversary of Full House. Watch #FullerHouse only on @netflix

He continued, “I’m having a lot of fun with these people that I love so much. And to get to work with them again is ridiculous and it’s a whole new thing because they were all little kids when we worked together the first time. And now they are amazing women. It’s pretty cool. I feel like I raised them, even though I know I didn’t, I know that I did. I wrote enough dad lectures for them. I’m going to hang onto that.”

Do you think we’ll ever see the Olsen twins on Fuller House? Let us know @BritandCo!