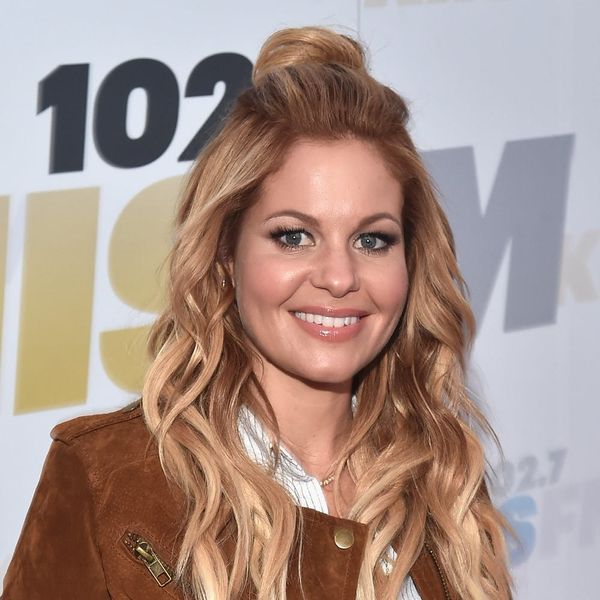 While we re-watch Fuller House in prep for the second season of our current fave reboot series, the actors have been taking the summer to enjoy time with friends and family. That includes Candace Cameron-Bure, who played DJ, the eldest Tanner sibling. She has been spending her time with lookalike daughter, Natasha. Not only will you totally be floored by the fact that Candace is the mother of an 18-year-old (wha?!), you’ll also be surprised at how she’s totally twinning with her teen daughter.

While Fuller House’s DJ handles a kiddo, a preteen and a baby on the show, IRL, 40-year-old Candace is the mother of three kids: 18-year-old Natasha, 16-year-old Lev and 13-year-old Maksim. She and her hubby, Russian NHL hockey player Valeri Bure certainly have their hands full (get it?). Chatting with 31Bits, Candace took some time to talk about her relationship with her daughter, saying, “We love hanging out with each other but have respect for our age difference and being mother and daughter.”

How did my kids get so big?! Last weekend of summer before school starts for the boys and life at 18 starts for @natashabure . #blessedmama #thisis40 #iLoveMyFamily #SushiSaturday #FroYoNight

Natasha feels the same way, adding, “My mom and I have a great relationship. We both love being goofy together and laughing a lot. I think that’s what I love most about my relationship with my mom.”

But if you were hoping to see Natasha joining the Fuller House cast, that may not be likely, as the teen has other career ambitions in mind. “Right now I am working on music, music, music. This year, instead of going to college, I am taking a gap year to focus on my passion, which is music. I am so excited to be spending this much time on something that I think about 24/7.” Even auditioning for the upcoming season of The Voice, she hopes that “in the future I will be able to release a few of my original songs on an EP.” Perhaps a new take on the Fuller House theme song?

Are you surprised that DJ, er, Candace has teenaged children? Tweet us @BritandCo!