Gigi Hadid and Devon Windsor Will Throw Down on MasterChef Tonight 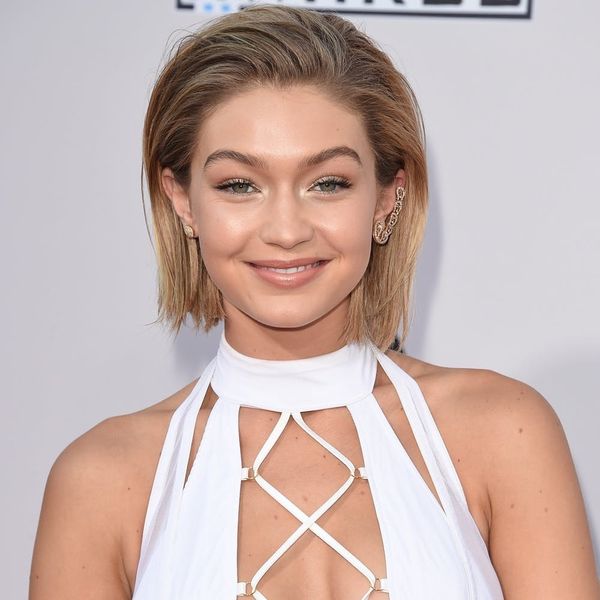 Set those DVRs: Gigi Hadid and fellow Victoria’s Secret model Devon Windsor will be battling it out in the kitchen tonight on Master Chef (8 p.m. ET) in a culinary showdown of epic proportions. Competing for $25,000 for the charity of their choice, Hadid and Windsor will be subject to the wrath of host Gordon Ramsay — gulp! — just like any other contestant. “This is gonna be hilarious,” he predicts in the show’s teaser clip.

While Devon proved she could put down a burger with the best of them, captioning a recent Instagram pic of her and a friend “Don’t get between a girl and her burger,” our money’s on Gigi — if she’s anything like mom Yolanda Foster, girlfriend can cook (have you seen those insane dinner parties?) Regardless, both girls already have us licked; when asked about their proudest cooking moments, Devon said she was making pasta at eight, while Gigi whipped up some truffle risotto for Christmas at age 11. Prettttyyy sure we were still playing with Barbies, but NBD.

Also rooting for Gigi will no doubt be her famous family – Gigi’s charity of choice is Global Lyme Alliance, a disease which Yolanda has battled for years (Devon’s charity is St. Louis Children’s Hospital). One thing’s for sure: Both girls deserve major kudos for showing the world that they’re more than just pretty faces.

Which model are you rooting for tonight? Tweet us and let us know at @britandco!

Nicole Briese
Nicole is the weekend editor for Brit + Co who loves bringing you all the latest buzz. When she's not busy typing away into the wee hours, you can usually find her canoodling with her fur babies, rooting around in a bookstore, or rocking out at a concert of some sort (Guns N' Roses forever!). Check out all her latest musings and past work at nicolebjean.com.
Charity
Food News
Charity Victoria's Secret
The Conversation