GOLD Comedy Is More Than Just a Comedy Class: It’s an Empowerment Tool for Women 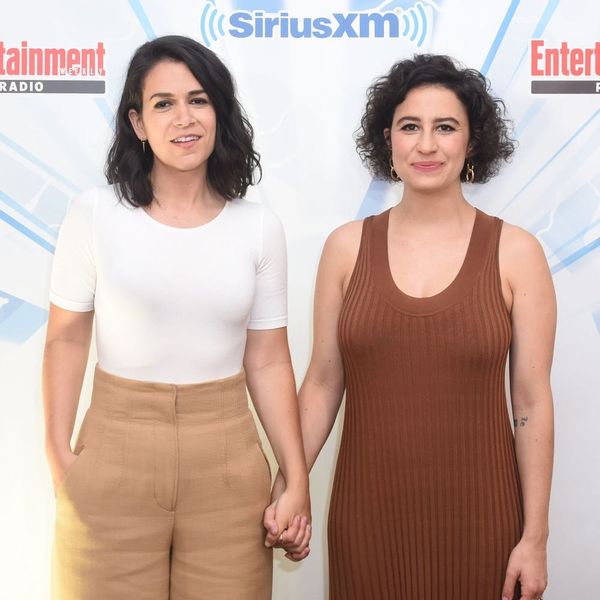 For years, the stand-up comedy world has been a man’s domain. Women coming up through the ranks have been gaining steadily (like Lena Waithe or the entire cast of Ghostbusters), but in a climate where members of the old guard are being outed for their alleged mistreatment of women (looking at you, Louis C.K.), it may be a scary prospect for younger women and non-binary folks to figure out just how to get out there.

Which is where GOLD Comedy School comes in. Its brand new online class for women and “other” (non-binary, genderqueer and trans) aspiring comedians launches TODAY, and for a mere $19 gives students the goods to get a stand-up routine polished and ready for the stage.

GOLD founder Lynn Harris believes that making comedy more accessible to women is essential (check out her new Time magazine essay, “Louis C.K. Is Just the Latest Reason We Need More Women in Comedy“). Harris believes now is the best time to give girls and women the tools to succeed in a male-dominated industry.

Using the tagline, “COMEDY is POWER,” GOLD wants to enable young women and NB folks to hone their skills and learn everything from how to write a joke (including writing prompts, character style, and delivery) to what a stage performance should look like. Using examples like Tig Notaro, nerdy comedian Naomi Ekperigin, and some classic Ellen Degeneres stand-up, the five-module course should get you from being snarky with your friends to slaying on stage.

As Harris explains, the entire comedy world sidelines women’s voices. GOLD intends to harness the comedy world — as an art form, a business, a consumer product, and a cultural expression — and to give that power to women and girls to achieve the same status as already-famous men.

“It doesn’t matter whether you’re in a middle-school classroom or a corporate conference room, girls and women are made to second-guess who we are. Be more of this, be less of that, fix this, change that,” Harris told The Cut in 2016. And that’s exactly what she’s hoping will end, whether or not students of GOLD Comedy end up in Hollywood or not.

Would you take an online comedy course? Tell us @BritandCo!

Kat Armstrong
Kat has been a writer, social media maven and mom for longer than she's willing to admit. She's also spent time in front of and behind the camera, interviewing celebs, politicians and acting as a producer for fashion and artistic photography shoots. When she isn't writing for various orgs and publications, she's hanging with her kids, husband and French Bulldog, Peter, in Toronto, Canada.
Creativity
Empowerment
Creativity Feminism
More From Empowerment