7 Women Who Should Replace Jon Stewart on The Daily Show 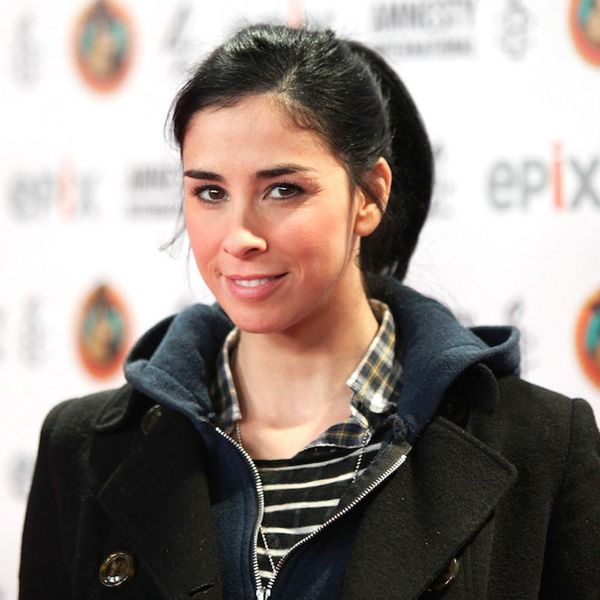 It was only a few weeks ago when the world found out that after 19 years, the beloved Jon Stewart would be stepping down as host of The Daily Show. There’s only one Jon Stewart, but there are a number of smart ladies out there who could bring their own special charm to the role. After all, women are great at comedy, and we’re especially great at reporting fake news. Plus, let’s not forget that The Daily Show was created by two women, Lizz Winstead and Madeleine Smithberg. So let’s get a woman behind that desk already! Here are a few hilarious gals we think should be considered.

1. Tina Fey: We don’t think we even need to justify this, especially because she’s clearly shown her intelligence and we’d like her to do that Sarah Palin impression regularly. However, Fey is pretty busy with about a million other projects, so we wouldn’t be surprised if she passed. (Photos via Frazer Harrison/Getty)

2. Cecily Strong: We still aren’t sure why this talented comedic performer was cut from Weekend Update on Saturday Night Live: She was witty, funny and smart. We’d love to see her behind a desk again. (Photos via Frazer Harrison/Getty)

3. Jessica Williams: Okay, she already kind of turned it down, but maybe she’ll reconsider. Williams is the youngest staffer at The Daily Show, but her reporting on catcalling and campus sexual harassment showed us she has the chops. Robert Thompson, director of Media Studies at Syracuse University, thinks Williams would be a great pick. He told CNN, ”I think someone like Jessica Williams… who’s a part of the family could do some really fascinating things,” he said. (Photos via Larry Busacca/Getty)

4. Olivia Munn: The accomplished actress was the Senior Asian correspondent for The Daily Show before she landed on Newsroom, where she played an extremely intelligent financial news correspondent, so we know she’s really good at pretending to know the news. She’s sassy, smart, and could bring some much-needed diversity to late night television. (Photo via Jason Merritt/Getty)

5. Aisha Tyler: This talented gal has proved to be a charismatic and commanding host with Talk Soup, The Talk, and Whose Line Is It Anyway?. Her name has been tossed around a lot and we think she would be great. (Photo via Stephen Lovekin/Getty)

6. Sarah Silverman: She definitely isn’t afraid of speaking her mind, which is something she has in common with Stewart. Comedian Whitney Cummings said Silverman would be amazing for the job: “She’s really moving more into talking about politics and women’s rights issues.” (Photo via Neilson Barnard/Getty)

7. Tig Notaro: This talented comedian and cancer survivor has gone under the radar for too long. Her recent HBO special brought her national acclaim, as well as her writing work on Inside Amy Schumer. Her awkward-but-brilliant sense of humor could be just right for The Daily Show. (Photo via Larry Busacca/Getty)

Who’s your pick for the next Daily Show host? Tell us a little bit about who’d you’d like to see behind the desk in the comments below.

(This was originally published on Levo League by Meredith Lepore)