Melissa McCarthy’s Response to the Ghostbusters Haters Is PRICELESS 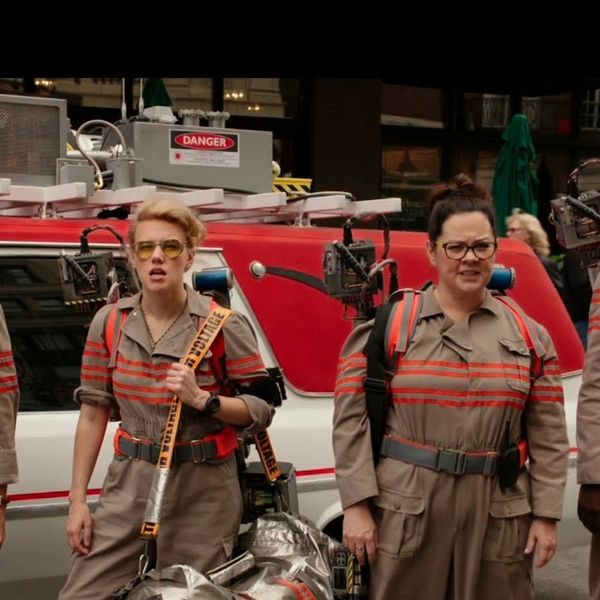 Ever since we first saw the new Ghostbusters trailer back in March, we knew we HAD to see this badass all-female reboot… and not JUST because it’s reuniting hilarious Bridesmaids costars Kristen Wiig and Melissa McCarthy. But it seems that some insecure online commenters on the Internet — most of whom happen to be men — do not share our excitement, and take the all-female nature of the film’s release very personally. But the ladies are taking the hate in stride. Hilarious, pitch-perfect stride.

Last night on Jimmy Kimmel Live!, Melissa McCarthy summed the haters up beautifully: “What they don’t say when they’re typing is that one minute after they type [mean trolly Internet comments], their moms are like, ‘Get upstairs and take out the garbage! You’re 45 years old!'” Harsh! But also, fair. We’re glad the ladies aren’t letting the haters spoil their excitement!

Are you counting the days till the new Ghostbusters movie? Let us know over @BritandCo!