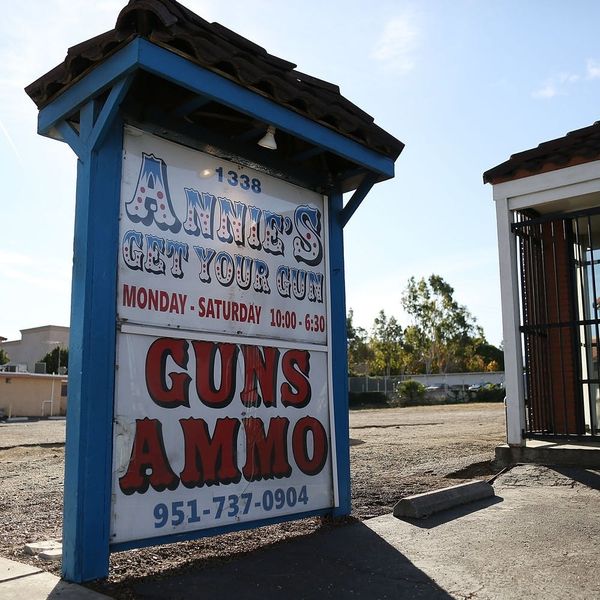 One of the biggest debates in the US over the last few years has centered around gun control laws. We have an amendment protecting citizens’ right to “bear arms,” and varying levels of leniency from state to state. But with 427 mass shootings in the country in 2017, and more than 15,000 shooting deaths last year alone, the debate over whether the federal government should get tougher on gun control isn’t likely going away anytime time soon.

We often hear people outside of the country question our gun laws, too, and that might have you wondering — are gun laws around the world really that different? It turns out they can be. Here are five countries that share some similarities to the US, but with much different gun control laws than our own.

Although Americans own 48 percent of the world’s guns, our northern neighbors have, on average, a pretty high per capita gun ownership rate. But Canadians still own fewer guns than Americans; while 89 out of every 100 Americans owns a gun, only 31 out of every 100 Canadians does. The reason? Gun laws that allow average citizens to own firearms but block the most deadly types of guns, and strict gun registration rules.

Canadians must register all owned guns with their provincial authority, and can be jailed if they do not report new purchases. The police must also be made aware when a gun is stolen, lost, or destroyed. In Canada, there is a lengthy list of guns that are prohibited for use or sale in any capacity, and that includes handguns with a barrel length smaller than 4.1 inches unless used for a particular sport. Assault rifles are not allowed to be owned by citizens in Canada, and even police use of certain guns is prohibited.

Canada’s population is rapidly approaching 40 million people, but in 2016, the country reported 223 homicides by guns the entire year.

The UK is comprised of England, Scotland, Wales and Northern Ireland, and has one of the lowest rates of gun homicide in the world. That’s thanks, in part, to the kingdom’s very strict gun laws. People in the UK enjoy hunting as a sport, and all citizens are allowed to own and carry hunting rifles and sporting guns but handguns have been banned outright since a 1996 school shooting in Dunblane, Scotland where a number of Kindergarten children were killed. Dunblane is only one of two mass shootings in modern UK history.

The UK is also unique in that police officers (often called “Bobbies”) don’t carry guns at all. Ever. There are special task forces in each police unit (not unlike SWAT teams) that do carry guns, but by and large, guns play little role in UK law enforcement and society. As in its commonwealth nation, Canada, citizens in the UK need to have their firearms licensed and must get explicit written permission if they want to own a semi-automatic rifle for work purposes.

Israel is a nation that heavily relies on firearms. The country has been engaged in a multi-decade skirmish with Palestine, and has a very strong army presence within the country. Similarly to many other countries, Israel insists on gun licensing and registration of weapons for people who are not military personnel; military personnel, on the other hand, carry their firearms at all times.

Israeli citizens must be over 21 years old, have lived in the country for over three years, and pass a series of mental health and physical tests including a firearms safety test in order to be licensed to carry or own a gun. And even before they get to the testing phase, Israelis must provide evidence that they work in security, law enforcement, or sensitive areas called “national priority areas.”

In 2007, there were estimated to be 500,000 licensed small arms held by civilians in the country, with an additional 1,757,500 licensed by the military, and 26,040 by the police. Israel’s death by gun rate is so low that in 2015, then-US president Barack Obama noted that our gun death rate was 33 times higher than that in Israel.

While we watch athletes from around the world compete at the PyeongChang winter games, South Koreans rest easy knowing that their gun laws are some of the most secure in the world. With mandatory military service, most Koreans are very well versed in gun handling and firearms use but, for the most part, Korean gun crime is very low.

Koreans do own guns, however. Sporting and hunting gun licenses are issued by the government, but guns must be stored at local police stations. Citizens are allowed, however, to keep crossbows in their homes. If people fail to follow the law, they face fines of up to $18,000 USD. In 2010, only 16 people in Korea (a nation with over 51 million people) died due to gun violence, according to South Korean police.

Australians are outdoorsy and love to hunt, but since 1996, the country has had strict licensing laws prohibiting people with a history of certain mental health issues, those with a criminal record, and minors, from access to guns. Australia has a number of pro-gun advocacy groups, like the Sporting Shooters Association of Australia which focuses on maintaining the right to own and use guns for sport.

Much like the NRA here, the SSAA and it’s sister groups aim to combat restrictive legislation against gun ownership, but the Australian government doesn’t seem interested in loosening gun ownership laws at all.

Overall, gun deaths in the US are 25 times higher than any other high-income nations, and our gun violence is equal to nations with extreme poverty, government corruption or societal devastation.

Could US gun laws be more strict? Tell us @BritandCo!