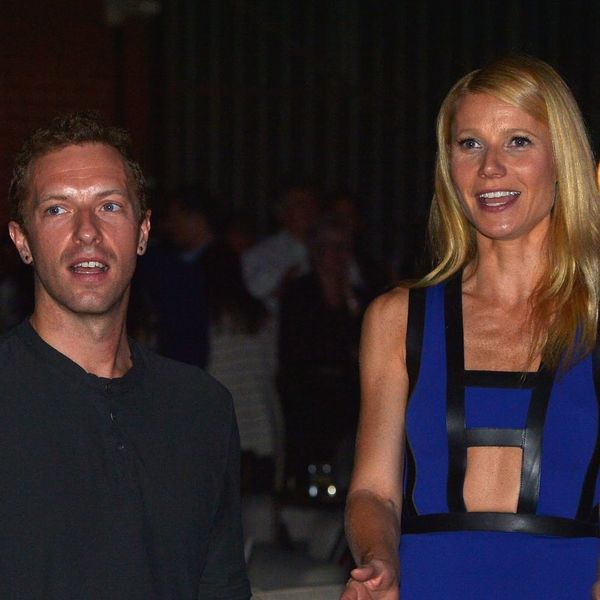 Gwyneth Paltrow and Coldplay singer Chris Martin have been divorced since 2014, but that didn’t stop the two from spending this Mother’s Day together. The Goop founder shared an ADORABLE family gif of herself with her ex-hubs, daughter Apple, and son Moses on social media, saying, “Best…Mother’s Day EVER at the @museumoficecream.”

The two had good reason to reunite: In addition to it being Gwyn’s big day, it was also now 13-year-old daughter Apple’s birthday. It’s become a bit of a tradition for the pair, who spent Apple’s 12 b-day together as well, taking a family trip to Disneyland and snapping a selfie.

Happy 13th birthday, you gorgeous human. You light up every room, my heart, the world. You. Are. Everything. I love you, schnapps. #🍎

Paltrow paid tribute to their growing little girl in a separate post, saying, “Happy 13th birthday, you gorgeous human. You light up every room, my heart, the world. You. Are. Everything. I love you, schnapps.” Clearly, the feeling is mutual, as Apple left mama Gwyn a special surprise of her own, using a cleverly placed Post-it to express her feelings. “You mean a latte to mean,” it read.

As the 44-year-old actress explained of her sitch to Marie Claire Australia last year, “It’s like we are still a family, but not a couple. I think we are better [as friends] than we were married. We are very close and supportive of one another.” She went on to add that while it’s not always easy, “Chris has been willing to push himself for the sake of the kids and help me co-create a new family.”

They’re not alone: Orlando Bloom made sure to wish his ex-wife Miranda Kerr a great Mother’s Day on social media, and exes Mariah Carey and Nick Cannon (who have been sparking reconciliation rumors as of late) also met up yesterday to celebrate the birth of their twins, Monroe and Moraccan, who turned six on April 30.

Kudos to all three former couples for being amicable for the sake of their kids!

Do you co-parent with your ex? Tell us about it over @BritandCo.

Nicole Briese
Nicole is the weekend editor for Brit + Co who loves bringing you all the latest buzz. When she's not busy typing away into the wee hours, you can usually find her canoodling with her fur babies, rooting around in a bookstore, or rocking out at a concert of some sort (Guns N' Roses forever!). Check out all her latest musings and past work at nicolebjean.com.
Celebrity Breakups
Celebrity News
Celebrity Breakups Gwyneth Paltrow Mothers Day
More From Celebrity News