Here’s How a Divorce Lawyer Developed a Painless Breakup Service 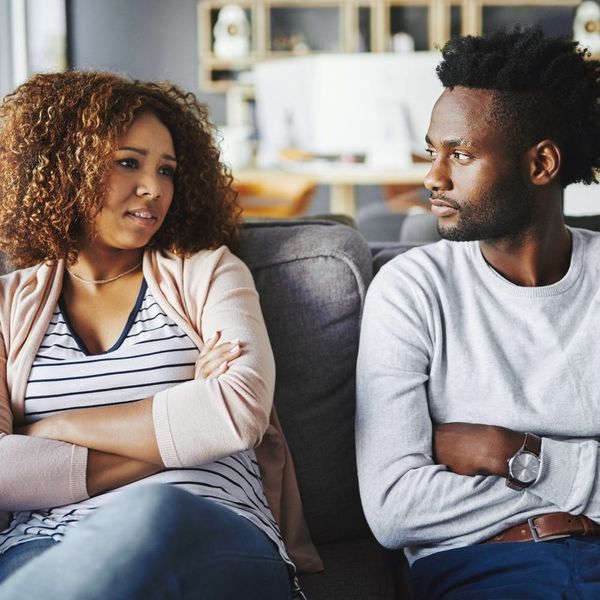 Divorce may be a reality of, well, marriage — but that doesn’t mean that it’s anyone’s idea of a perfect ending, even to an imperfect relationship. The goal of most (if not all!) blushing brides is to avoid divorce, and even divorce lawyers who make their living by navigating this legal institution have plenty of sage advice to offer couples working toward a healthy marriage and trying to prevent a breakup from happening altogether. Unfortunately, though, divorce is unavoidable in some situations. Knowing this, lawyer-turned-tech-entrepreneur Erin Levine launched Hello Divorce — billed as a “modern breakup service” — earlier this year.

After a decade of practicing family and divorce law in California, Levine knew the challenges of the traditional divorce model, particularly for women. During her time volunteering in local courthouses, she began noticing a troubling pattern of women being unrepresented or underrepresented in the complicated legal proceedings required to complete a divorce. Just 15 percent of people nationally can afford to be represented by a lawyer in a divorce, she says, and 80 to 90 percent of divorces involve at least one self-represented party — usually women. While it is possible to weather a divorce largely independently, Levine worried that trustworthy, approachable resources weren’t as widely available as they could or should be in this hyperconnected world.

“We had to figure out a way to be able to help people through the process and provide them enough resources that they could do a majority of it on their own,” she says. “We also wanted to be available for an affordable amount of money when things get tricky.”

With the need clear, Levine set to work developing a solution. She continued running her law firm and practicing traditionally during the day. After putting her kids to bed, she began working late into the night on the platform that is now Hello Divorce. Levine assembled a small team — to this point, Hello Divorce has been totally self-funded — including one coder and one designer to guide her through the unfamiliar world of tech. Local Bay Area entrepreneur Jennifer Heller came on as co-creator and CCO, serving as a sounding board to ensure that the tools being built on the site to help users navigate a divorce weren’t getting bogged down in legal jargon.

While Levine says it can be challenging to straddle two industries that are often opposed to one another — law and technology — she describes her new experience working in tech as “really fun.” And she’s there to stay. “This is definitely where I want to go, and I’m enjoying the tech world even more than the lawyer world,” Levine tells us. “I think we definitely are moving toward an even more tech-savvy user platform.”

The Hello Divorce platform offers users several levels of subscription, starting with a free membership that gives them access to curated resources and webinars. Users who start with a free membership are also prompted to schedule a 15-minute consultation with one of the Hello Divorce lawyers. During that meeting, the lawyer can help the user determine which — if any — paid plan might be best for them moving forward. At higher membership levels, users can access instructional videos, templates, and other more in-depth services. Lawyers are also on call to step in and help with more advanced issues that are outside the scope of the more automated parts of the platform.

“We want people to actually be able to start and complete their divorce through this system,” Levine says. “We’re not just a lead generator to traditional lawyers.”

According to Levine, one of the great advantages to the Hello Divorce platform is the cost. In order to complete a divorce in the state of California, the average person will pay between $6,000 and $10,000 for a retainer fee alone. The average Hello Divorce user spends $3,000 or less.

“We’re empowering people at a reasonable cost to understand and control their own destiny,” Levine says. “We want to simplify the divorce process.”

Outside of cost, Levine names transparency and a focus on wellness as the major differentiating factors between Hello Divorce and the traditional law firm model. Her service helps take the inside information that’s often restricted to lawyers alone and puts them in the hands of people who need them. It also offers a variety of resources related to personal wellness, including tips on managing anxiety, suggestions for talking to family members, and co-parenting guidelines.

In the short time since Hello Divorce launched earlier this year, the model seems to be proving itself. Between August and September 2017, returning visitors to the site increased by 67 percent. At this point, the more advanced legal details and resources are specific to California divorce law only, but the free membership and the general Hello Divorce community isn’t state-specific. Moving forward, Levine says, she plans to roll out the platform nationwide and to expand to services that might actually help prevent divorce in the first place — cohabitation agreements, prenuptial agreements, co-parenting plans, and more.

“We think of Hello Divorce as more of a breakup service, not just as a divorce lawyer,” Levine notes. “It’s a full individual journey toward your next step in life. We’re really trying to play up the idea of community and to de-stigmatize divorce. [Our users] didn’t just decide to divorce overnight. This was a really long, painful, heartbreaking process, and we want to celebrate them and the next version of themselves.”

Levine offers these five pieces of wisdom for women considering divorce or navigating a breakup:

1. Take deep breaths. Getting a divorce is hard, but transitions are always hard — and you can get through this.

4. Get the right kind of advice and help. Everyone’s going to have stories and anecdotes about their nightmare or their fabulous divorce, but you need to know and rely on the source that you trust.

5. Be kind to yourself. We need to be in the know and get the information that we need and that we’re entitled to, but we also need to put ourselves first.

What do you think of this modern breakup service? Tweet us @BritandCo!

Alli Hoff Kosik
Alli Hoff Kosik is a freelance writer who is passionate about reading, running, rainbow sprinkles, her lipstick collection, watching embarrassing reality TV, and drinking pink wine. She lives in Brooklyn with her husband and (in her dreams, at least) three golden retriever puppies. Listen to her talk books on The SSR Podcast.
marriage
Relationships
marriage Relationship Advice
More From Relationships