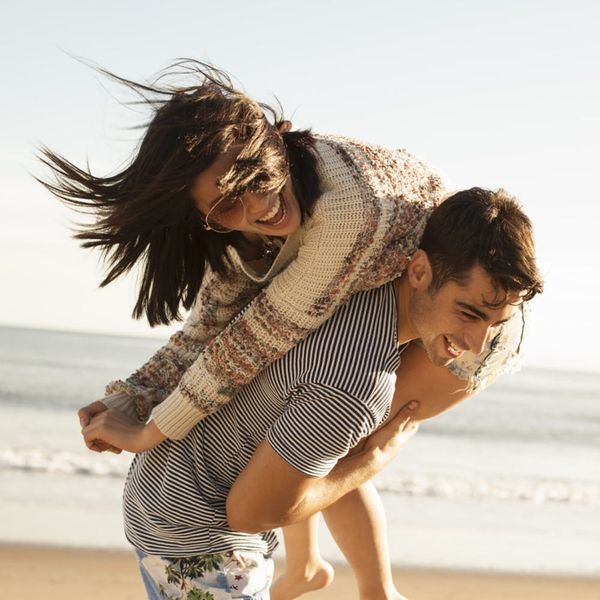 Word on the street is that we millennials are pretty awesome at marriage. Our tendency to wait longer than our predecessors to tie the knot — along with our generally more deliberate approach to making major life plans — has contributed to a steady decline in the divorce rate over the last three years. (Is it too soon to say that this might be one of our greatest accomplishments as a generation? If so, we’re calling it early.) Though we do seem to kind of be killing it at this whole “being married” thing, we’re not too proud to admit that we’re still constantly on the hunt for the best advice on wedded life that we can get our hands on.

For these pearls of wisdom, we typically turn to relationship experts and couples who have successfully lived their lives together for decades. But what about the people who’ve had a front row seat to what some might call failures of the institution of marriage? Yes — we’re talking about divorce lawyers. These professionals have met with tons of couples struggling in the depths of coupledom’s greatest challenges, so if anyone is prepared to identify potential red flags in our relationships, these attorneys are about as qualified as they come. Keep reading for eight brilliant nuggets of marriage advice from the legal minds working on the front lines of so-called marriage battles each and every day.

1. Do things together. It may sound simple, but according to Alabama attorney Caleb Ballew, too many couples don’t do it — which often lands them smack in the middle of divorce court. Do more than just sit on the couch wordlessly watching TV: Get active outside of your day-to-day routine! “If a couple is spending planned time together and sharing in activities and events,” Ballew explains, “then each will have a shared sense of enjoyment over money spent and [will] share relaxation time from work or kids.”

2. Don’t bring work home. We know that the to-do list sitting on your desk at the office feels perpetually overwhelming, but we urge you to resist the temptation to carry those tasks into the hours of the day when you’re supposed to be off the clock. If the promise of that precious (yet seemingly unattainable) thing called “work-life balance” isn’t enough to convince you, then we’ll defer to Dallas divorce attorney Aubrey Connatser. The founder of Connatser Family Law in Dallas, TX, Connatser also happens to be married to a fellow lawyer, and she tells us that she and her partner make a point to leave their cases and files at work before turning their attention to matters at home.

3. Look out for narcissistic tendencies early on. Florida lawyer Eric Klein knows all too well what happens to relationships when narcissistic, misogynistic, or other toxic (or abusive) behaviors surface after the wedding day. “When these issues do appear, sometimes they appear slowly and gradually to a point where one partner or spouse does not realize it — nor do they want to acknowledge it — for years,” he reveals. To avoid this recipe for an unhappy (and still potentially lengthy) marriage, be mindful of red flags (an exaggerated sense of self importance, a sense of entitlement, and arrogance, to name a few) before you even say, “I do.”

4. Work on developing your conflict resolution skills as a team. “Many couples divorce because they don’t know how to fight fairly,” shares Vikki Ziegler, celebrity divorce attorney and relationship expert. “Resentment builds, and they ultimately fall out of love and start to despise one another. Learning anger management tools can save a marriage.” Work with your spouse from day one of married life to ensure that you’re developing conflict resolution skills that complement each other enough to ensure that you can tackle problems — instead of letting them tackle you.

5. Maintain transparency with your finances. If you and your S.O. have decided to legally commit to each other (congrats!), you’d best be sharing just about everything — an adorably decorated home, a delicious Taco Tuesday tradition, and, yes, the mundane particulars of your financial situations. Even if you and your spouse opt to keep your accounts separate, communication is key where money is concerned. “A lack of transparency regarding the financial circumstances of both parties to a marriage has been the catalyst or stepping stone to many of the divorces I’ve handled,” says family law attorney Angie Gambone. “Have ongoing conversations with your spouse about the family finances, no matter how awkward those talks might be.”

6. Be complementary, not opposite. Throw away everything you thought you know about the extent to which opposites attract. According to our legal experts, the best marriages are those between individuals whose differences are less than total, and who instead bring out the best in each other. “A happy marriage requires that you respect the strengths of your partner and forgive their weaknesses,” encourages divorce attorney Angela McIlveen. For example, “Instead of being frustrated by your spouse’s lack of planning, learn to view your spouse being spontaneous as a strength.”

7. Fake it ’til you make it (sometimes). Marriage is a healthy mix of good communication, thoughtful romance, and the occasional acting stint. Yes, you read that correctly — acting. “At times, marriage should be treated as an acting job,” suggests Susan Murray, a 30-year veteran of the divorce law industry. “On the days when you are not feeling that loving toward a spouse, pretend.” Flexing your dramatic chops here and there will help you bridge the more challenging gaps in your relationship, ensuring that you and your sweetie live to see the happier days on the other side of any necessary theatrics.

8. Voice your needs. If you’re not getting what you need from your spouse, don’t be afraid to ask for it! According to Charlotte, NC divorce attorney Libby James, a lack of communication regarding a partner’s needs is a common cause of divorce. Describing what tends to happen when an overloaded spouse vents about their cares in her office, she says, “More often than not, when the other party hears about how the burdened party feels, the response is, ‘Why didn’t you tell me?'” That vent sesh is often just the thing to save a marriage too!

You don’t have to be an attorney to give great relationship advice! Tweet us your best wisdom about marriage @BritandCo.

Alli Hoff Kosik
Alli Hoff Kosik is a freelance writer who is passionate about reading, running, rainbow sprinkles, her lipstick collection, watching embarrassing reality TV, and drinking pink wine. She lives in Brooklyn with her husband and (in her dreams, at least) three golden retriever puppies. Listen to her talk books on The SSR Podcast.
love
Relationships
love marriage Relationship Advice
More From Relationships