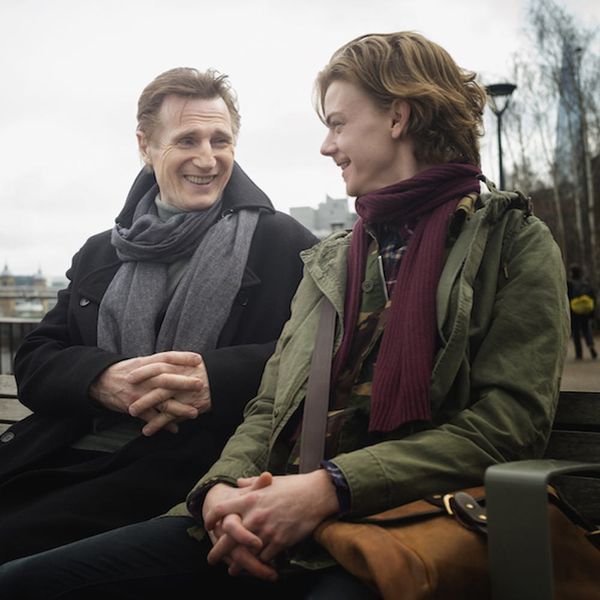 Sometimes when you revisit music, movies, or TV shows you once loved, they don’t hold up as well as you remembered. We learned this the hard way when the Gilmore Girls: A Year in the Life reboot dropped and we realized that maybeRory Gilmore had kind of been the worst all along, and again when re-watching Love Actually, when some of the film’s more cringeworthy elements didn’t meet your older, wiser self’s standards.

But that doesn’t mean there’s not room to love those things as a bit of a guilty pleasure, and we can guarantee that when a mini Love Actually reunion was announced, we didn’t NOT dance around like Hugh Grant as the Prime Minister did to the Pointer Sisters’ “Jump.” (Admit it: You didn’t not do it, either.)

So, what is this reunion, and what’s it for?

The short film, titled Red Nose Day Actually, is being made as a part of this year’s Red Nose Day, a comedy fundraiser run by the UK charity Comic Relief. “I would never have dreamt of writing a sequel to Love Actually, but I thought it might be fun to do 10 minutes to see what everyone is now up to [almost 15 years later],” writer and director Richard Curtis said earlier this year in a statement. “Who has aged best? I guess that’s the big question…or is it so obviously Liam [Neeson]?”

Most of the all-star cast will return: Hugh Grant, Colin Firth, Liam Neeson, and Rowan Atkinson are all on board, as are Martine McCutcheon, Keira Knightley, Andrew Lincoln, and more. Heartbreakingly, Emma Thompson won’t be reprising her role as Karen, as the actor who played her husband in Love Actually, Alan Rickman, sadly passed away in 2016.

But on the bright side? Natalie and the Prime Minister are still together. Phew.

The PM, his wife and the writer who never worked out a good camera face. #rednosedayactually pic.twitter.com/TT0pZB5p2P

We also know that Andrew Lincoln’s character is still out here ill-advisedly declaring his love for Keira Knightley’s character — AKA his best friend’s wife, SMH — with those famous giant cue cards.

It was 13 years ago. There is more facial hair now. But he still loves her…. #rednosedayactually pic.twitter.com/0Zhz341Jj4

Filming wrapped up just this week, and it looks like the cast had a blast on set.

“We hope to make something that’ll be fun — very much in the spirit of the original film and of Red Nose Day — and which we hope will help bring lots of viewers and cash to the Red Nose Day shows,” Curtis said.

Red Nose Day Actually will be broadcast as part of the live Red Nose Day 2017 show on Friday, March 24 on BBC One, and in the US on NBC in May.

Will you watch the Love Actually reunion? Let us know @BritandCo!