Gilmore Girls: A Year in the Life Proved Rory Gilmore Is the Actual Worst 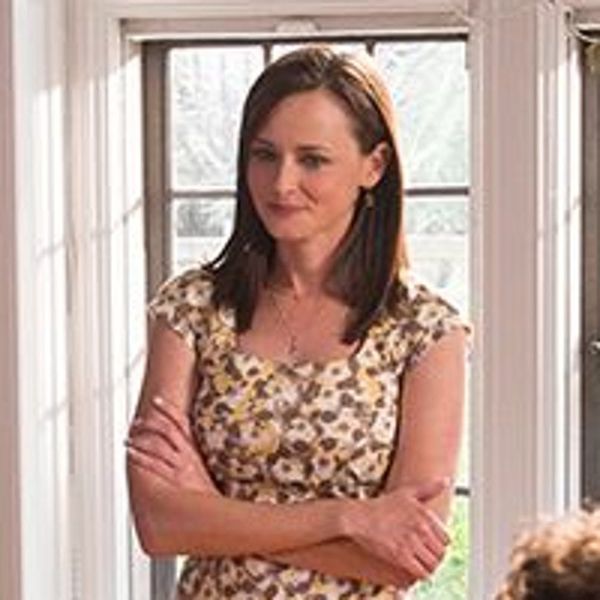 First things first: There are a bunch of Gilmore Girls: A Year in the Life spoilers below, so stop reading now if you’re trying to avoid them! If you binge watched all four new eps and are looking for a way to commiserate now that you’re all done, read on.

There was so much to love about the Netflix reboot of Gilmore Girls. Luke and Lorelai’s magical wedding, quality time with our fave Stars Hollow folks, Emily and Paris being the baddest b*tches around and, of course, finally getting to hear those famous last four words. But there was a lot to get frustrated about. Namely: Rory Gilmore.

The smart, shy bookworm who was like an epiphany when you were a teenager is at a series of romantic and professional crossroads in A Year in the Life, and she’s handling them in ways that make us cringe so hard.

It’s not that she’s always been perfect — lest we forget this is the same Rory Gilmore who, in the original series, slept with her married ex-boyfriend (Dean), stole a yacht then got a little discouraged and dropped out of Yale, among other things. And while many of us have been through some version of the quarter life crisis, we can’t help but watch and think that her immaturity and selfishness are a total disappointment.

Basically, all we could think was: Rory Gilmore, get your sh*t together.

1. She’s a total jerk to her boyfriend. As the series opens up with the Winter episode, we learn that Rory has a boyfriend — and no, it’s not Logan, or Jess, or Dean. It’s some random dude named Paul. Paul is admittedly a tad forgettable, and while the Arrested Development gag of no one being able to remember his name or even meeting him is funny, the way Rory treats him really isn’t. She repeatedly forgets plans with him, cheats on him with both Logan (more on this trainwreck later) and a rando one-night stand, and says more than once that he’s so forgettable that she “forgot” to break up with him. Heartless.

2. That whole Logan mess. It’s pretty quickly revealed that when Rory’s in London for work, she’s staying at her ex-boyfriend Logan’s place, continuing a secretive relationship of convenience. Why the secret? For one, Logan is engaged. And it doesn’t seem to bother either of them at all, except of course when Rory seems inconvenienced by not being able to crash there or when Logan can’t take her calls in the middle of the night. While there does seem to be genuine feelings between them, this is a relationship that’s going nowhere, and Rory keeps barreling self-destructively along, refusing to admit how much it’s holding her back.

3. She complains that she’s broke. Is she actually broke? How does she fly to London and back forty times a week? Why does she botch a paid writing assignment with GQ, avoid employers that want to work with her and willingly take an unpaid job manning the Stars Hollow Gazette if she’s so broke? Let’s be real: Rory comes from that Gilmore money and has never, and will never, know the concept of being broke.

5. And speaking of: Rory also has a mountain of places to stay for free while she’s back in Stars Hollow. She’s had a pretty okay career as a journalist so far that is STILL leading to acclaim and job prospects. And yet, she’s still spiraling, really revealing her lack of perspective, having never actually had to struggle for anything in her life.

6. “I’m not back!” is what Rory constantly barks at locals who welcome her home, happy to see her back in Stars Hollow. You’re not better than Stars Hollow, Rory! And stop the denial! YOU’RE BACK, OKAY?!

7. She throws a tantrum when Lorelai asks her not to write the story of their life. When Rory, at the suggestion of Jess, decides to write a book about her and her mom’s journey, Lorelai has reservations about putting details of her life on page. Rory doesn’t care and basically says she’s going to do it anyway. Way to be insensitive, kiddo.

None of Rory’s behavior is unfamiliar territory — we know first hand what it’s like to act like a confused and entitled young adult. But Rory is now 32, and watching her wait for rescuing time and time again, failing to take responsibility for her life and actions, sorta felt like our role model was letting us down.

While there’s been no confirmation that there will be additional episodes, we can only hope that Rory’s series-ending pregnancy revelation would be a hard-earned lesson in growing up, taking charge and being the Rory Gilmore we all know she can be.

Were you disappointed with Rory’s choices in A Year in the Life? Let us know over @BritandCo.