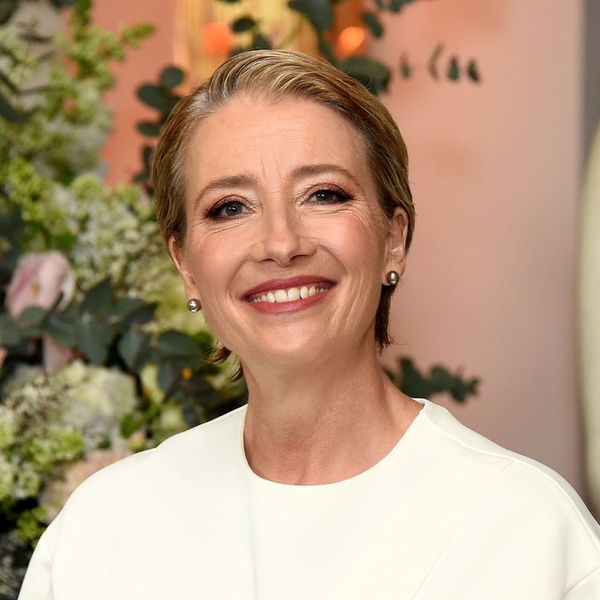 The upcoming Love Actually reunion film has us more than a little excited, especially as the first pics of filming start to come out. But fans of the classic film will have noticed that one particular person is missing from the reunion. Emma Thompson will NOT be appearing in the Love Actually sequel, and the reason will totally break your heart.

Though it’s hard to imagine Love Actually without Emma Thompson, the fact that the reunion film will be a short one meant for Red Nose Day means that there won’t be a lot of time to delve deep into the characters’ lives all these years later. That’s the reason Emma Thompson won’t be appearing — or rather, because her character’s story these days is just too heartbreaking.

According to the Guardian, Thompson revealed the details of a conversation she had with the film’s writer/director Richard Curtis. “Richard wrote to me and said, ‘Darling, we can’t write anything for you because of Alan,’” speaking of beloved actor, Alan Rickman, who played Harry, the husband of Thompson’s character, Karen, and who sadly passed away in January of 2016.

Emma agreed, adding that she responded by saying, “’No, of course, it would be sad, too sad’… It’s too soon. It’s absolutely right because it’s supposed to be for Comic Relief but there isn’t much comic relief in the loss of our dear friend, really, just over a year ago… we thought and thought [about it] but it just seemed wrong. It was absolutely the right decision.”

No doubt fans of Love Actually and fans of Alan Rickman will agree with that decision.

What do you think about the reason Emma Thompson won’t be appearing in the Love Actually sequel? Let us know @BritandCo!