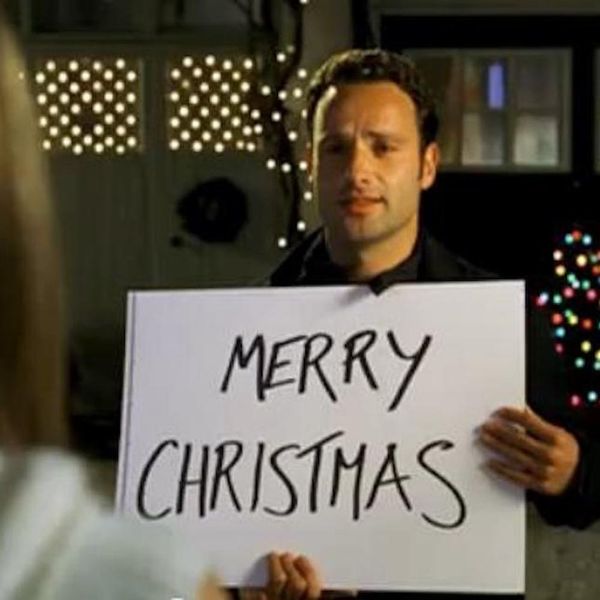 We’ll admit it — we’re total suckers for throwbacks and nostalgia. It’s a huge part of the reason we were so excited for the Gilmore Girls reboot, obsessing over fan theories and just what those famous final four words would be in the weeks leading up to its premiere.

But nostalgia can be tricky, and it’s a big ol’ bummer when a movie or TV show you once loved doesn’t hold up over time. Whether it’s become way too dated or you’ve simply grown up to realize that, oh, hey, it turns out Rory Gilmore is the actual worst after all, seeing older favorites in a new light isn’t always great.

With the holidays on the horizon, Love Actually has made its way into our holiday viewing rotation once again, and OMG, you guys — if you haven’t rewatched this movie since 2003, maybe don’t. Because you might be devastated to learn that it is actually so bad and infuriating.

If you pay much attention to the internet at all (um, we’re going to guess you do!), you might have noticed opinions turning on this romantic Christmas movie about a bunch of people who turn out to be linked to each other in unexpected ways. What was once an instant classic ensemble holiday hit is now being dragged for its sexism, fat-shaming, terrible examples of love and friendship and more.

Realizing this has been awful. Where you once felt familiar pangs of unrequited office crushes or over-the-top declarations of love, you now just see men chasing attractive women they want, despite being in political positions of power over them (Hugh Grant as the Prime Minister ogling a junior staffer IMMEDIATELY) or already married (Alan Rickman, you’re better than this!!!) or, um, you know, THEM RUINING THEIR BEST FRIEND’S MARRIAGE.

Or what about the recurring joke that Natalie is fat? With references to her tree-trunk thighs and words like “chubby” and “plumpy” being used like they’re 1.) okay, or 2.) at ALL accurate, it’s really disheartening to realize what’s happening here.

Even the halfway decent romantic interactions leave you feeling cold, like the body double couple, John and Judy, who have the sweetest rapport while filming awkward sex scenes but ultimately pursue each other in such a boring and timid way. Or Laura Linney’s character, Sarah, and her work crush Karl (the only other decent man in this movie) who seemingly have a good shot, only she can’t stop taking phone calls from her sick brother every time they’re together. CRUEL.

It’s like a piece of your past dies when you realize just how bad it really is. We’re so sorry, because now that you’ve seen the truth, you can never unsee it. But hey — there’s always The Holiday!

What do you think of Love Actually? Let us know over @BritandCo!