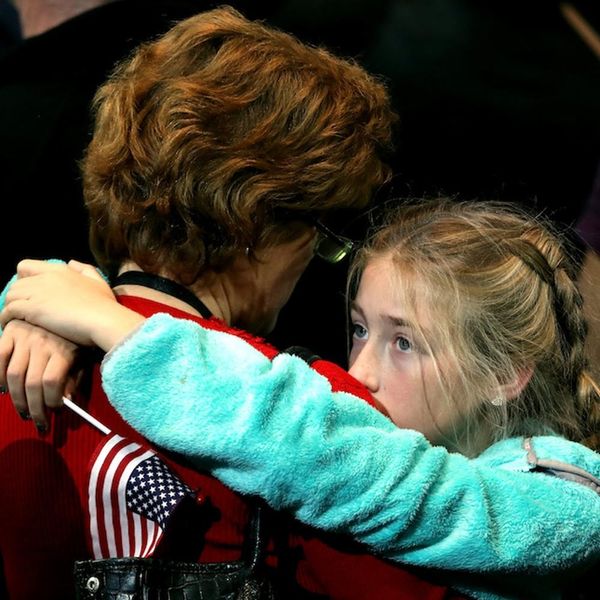 In the immediate aftermath of Donald Trump being elected President, the thought of the amount of people and policies that could be (and in some cases already are being) negatively affected is overwhelming.

Women suddenly feel like they have to scramble to hoard birth control, and trans people are rushing to complete legal name and ID changes before Trump is sworn in come January. And that’s just the tip of the iceberg.

IF YOU CAN GET PREGNANT: TRY TO GET AN IUD IN THE NEXT 70 DAYS WHILE YOU ARE STILL COVERED.

But if you’re not a parent, something that might not have crossed your mind is how the election would affect children. I’m not a parent, and so it wasn’t top of mind for me. But even children couldn’t escape the worrysome, hateful language that emerged throughout Trump’s presidential campaign… especially not children who were visible minorities, immigrants non-Christian and/or girls. I started seeing people who are parents chatting about it on Twitter and Facebook — about what they would tell their kids the morning after the election, as well as how they’d keep on top of what their kids were hearing in school and the questions they were asking before bed in the aftermath.

The question is clearly on a lot of minds, and several psychologists and child educators have spoken on the matter. “When you can, talk with your children about what President Obama called ‘the boisterous diversity of our country,'” Leslie Bushara, deputy director for education at the Children’s Museum of Manhattan told CNN. “Help young children understand that, like a family, we won’t always agree as citizens, either.”

Other suggestions include reassuring children that the country is not ruled by one person alone, and even using the election as a lesson in being gracious winners (and losers).

(I had told my kids our lives are stable & lucky & it’s more about concern for other people, which is true but insufficient.)

Some parents, like New Yorker TV critic Emily Nussbaum, tweeted a perfect way of phrasing it for children who live safer lives than others might, which is also something to keep in mind, even if there is no easy answer. “I had told my kids our lives are stable and lucky and it’s more about concern for other people,” she said, before adding, “Which is true but insufficient.”

Unfortunately, there is no easy way to approach it, but by educating children of all ages about how government works and helping them understand your values (and maybe even include them in your proactive initiatives), you’re sure to keep healthy discussion going.

And remember, children largely need to feel loved and secure. Now maybe more than ever.

If you’re a parent, how have you discussed the election with your children? Let us know @BritandCo.