Here’s Who Millennials Think JoJo Should Give the Final Rose 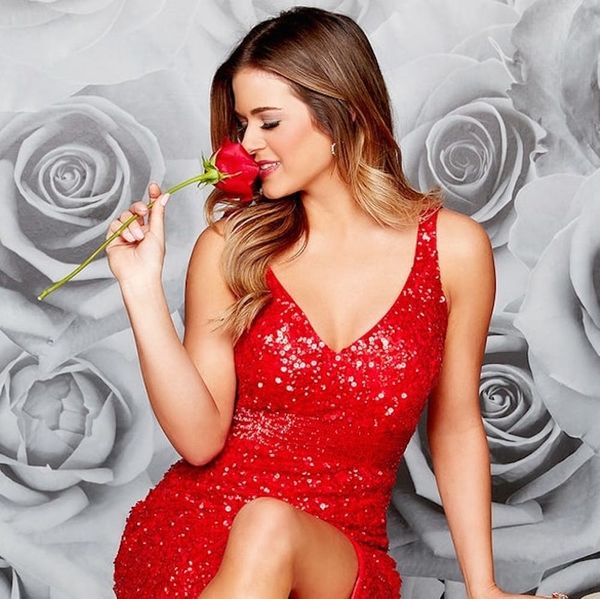 Season 12 of The Bachelorette is coming to a close on Monday, and one of our favorite, most stylish Bachelorettes ever, JoJo Fletcher, has been through a lot with her guys. They’ve fought fires, thrown footballs, flown in helicopters and shed a Bachelor in Paradise-sized ocean of tears. The two remaining men are Robby Hayes, a former competitive swimmer, and Jordan Rodgers, a former football quarterback. This Monday, it’s all coming to a close — but not before she picks her (maybe) forever partner. So, who do we think that’ll be?

That’s a question that the people over at Yik Yak were wondering as well, so they asked users who they thought she should choose and got some surprising results. It turned out that many viewers on the app (56 percent!) thought that JoJo made a mistake in sending Luke home, and that she should’ve picked him over either of the two men she has left. However, since that’s not really possible (unless Chris Harrison is finally telling the truth about this season being the most dramatic ever and Luke is somehow making a comeback), we’ll just have to settle for the fact that Luke is likely the next Bachelor.

Out of the two remaining men, it turned out that Yik Yak users in 31 states — yes, 31! — thought that Jordan Rodgers was the best pick for JoJo. Of the remaining states, only four were for Robby, and 15 seemed to be in the same situation that JoJo is in right now — they couldn’t make up their minds. Those 15 states came in at a tie. Interestingly enough, most of the states that voted for Robby were coastal states: Maine, Oregon, Washington DC and Hawaii.

Maybe it’s because they’re surrounded by water, and they identify strongly with a former swimmer? Who knows. Either way, we’re super excited to watch the finale on Monday and see who JoJo picks — we’re also excited to see her reunion with whoever she doesn’t pick on the After the Final Rose special.

Who do you think JoJo should pick? Do you agree with your state? Tell us @BritandCo!

Rosemary Donahue
Freelance Editor at Brit + Co. Freelance writer everywhere. I like my dogs more than I like most people.
Pop Culture