Here’s Why Feeling Guilty Is Your Secret Superpower 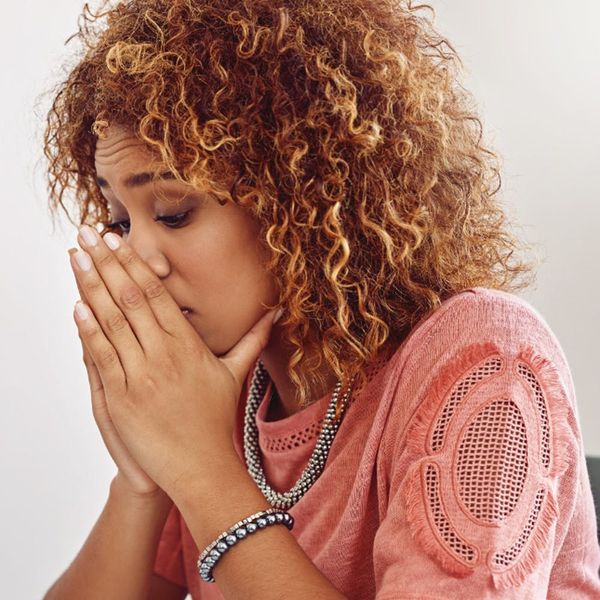 When we use the word “guilt,” we’re often (unfortunately) describing our relationship with food and health — guilt-free cookies, guilt-free holiday meals, guilt-free pizza bowls… you get the picture. The truth is that guilt runs a lot deeper. We can feel it when we disappoint our parents, break a promise to an S.O. or make a big mistake at work. While feeling guilty is a natural reaction to doing something “wrong,” we might sometimes worry we’re overreacting, especially if it happens a lot.

A 2016 study from Australia’s La Trobe University will make you wonder if that concern about guilt in your relationships is totally misplaced. The findings show that guilt may actually have a positive effect on the way you interact with others!

The team of researchers recruited nearly 400 participants to help them put their ideas about the relationship between guilt and empathy to the test. Each person first selected their most likely reaction to each of a series of relatable scenarios, like being criticized by a boss for a mistake on the job. A reaction such as admitting you should have recognized the problem and done better was classified as guilt-prone, while feeling like you want to hide would be considered shame-prone.

Next, participants were subjected to a facial recognition test, matching expressions with their corresponding emotions. The researchers found that the individuals who had been more prone to guilty reactions in the first part of the experiment were more likely to correctly pair facial expressions with the emotions they were meant to convey, even when the emotions were expressed in a subtle way. A tendency to be shame-prone, on the other hand, showed no connection to the person’s ability to recognize facial emotions.

So, what does this mean for those of us who often feel like we’re hauling around a big ol’ bag of guilt? The study’s results suggest that people who are liable to feeling guilty are also a lot more empathetic with the people around us. Unlike shame, which is inward-facing, guilt pushes us to seriously consider the effects of our actions on others and to spend time thinking about ways to make a situation better. People who are guilt-prone can repurpose that emotion as motivation to make interactions with others healthier and more positive. For example, if you feel guilty about missing a friend’s birthday party, you could take them out to a chic new restaurant to make up for it, where someone who feels ashamed of the same lapse might just avoid the friend entirely.

If you tend to assume a lot of guilt in your relationships, take a hint from the team at La Trobe, and try to shift your focus to the potential beneficial outcome of that feeling. Don’t let guilt be a vicious cycle: Instead of feeling guilty about feeling guilty (yep, we know you’ve been there), consider the way your guilt reflects your capacity for putting yourself in other people’s shoes.

When you find yourself stressing about what you’ve already done, tune in to those superhuman empathy powers to help you figure out what your friend, family member, colleague or partner might need from you in order to move forward. If you learn to stop seeing your tendency to feel guilt as a weakness, you could discover it’s one of your greatest strengths.

Does feeling guilty ever improve your relationships? Tweet us @BritandCo!

Alli Hoff Kosik
Alli Hoff Kosik is a freelance writer who is passionate about reading, running, rainbow sprinkles, her lipstick collection, watching embarrassing reality TV, and drinking pink wine. She lives in Brooklyn with her husband and (in her dreams, at least) three golden retriever puppies. Listen to her talk books on The SSR Podcast.
Dating
Relationships
Dating study work