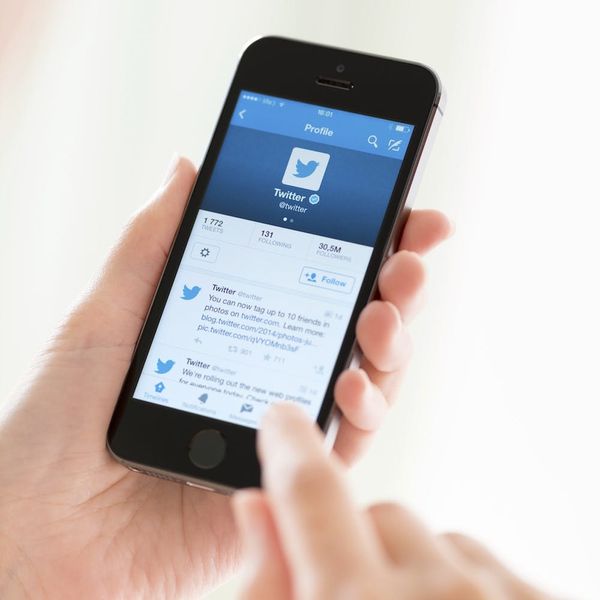 In the wake of Donald Trump’s election to the Oval Office, we’ve seen protesters take to the streets on both the day after he was elected and the day after his inauguration. There’s also been resistance to his administration from some more unlikely sources: the Merriam-Webster Dictionary (who threw some shade at KellyAnne Conway via Twitter) and a group of scientists looking to run for office. But perhaps the most surprising of all has been the recent rogue Twitter movement.

Employees from official government agencies have begun to create a whole new network of unofficial “rogue” Twitter accounts to spread their scientific truths about climate change and other environmental matters.

And you can start by protecting and preserving the planet we call home. https://t.co/ncsEZJE8sH

It all started when the official National Park Service account retweeted photos of President Trump’s small inauguration crowd compared to Obama’s, as well as a post pointing out that mentions of things like climate change and civil rights no longer appeared to exist on the White House website. President Trump responded in kind by putting a freeze on activity from their account.

Then, he froze the Environmental Protection Agency’s grants, banning their (and other agencies’) communications by ordering them not to send news releases, social media posts or other updates to their websites. The Badlands National Park defied the order, and started tweeting some very real, very scary, climate change facts. They were quickly removed, but the damage had been done: The mysterious social media manager was declared a hero, and a whole new network of alternative accounts for the networks President Trump seemed intent on silencing was formed.

Badlands National Park went rogue on Twitter today. Here are some of the tweet they did that are now deleted. pic.twitter.com/3hGeaCnTpf

The “resistance” list is 46 accounts deep at the time of writing — including alternative accounts for the EPA itself and the National Park Service, the FDA and NASA (!!), and is being used to put environmental and science facts front and center. Badlands has even resurfaced as BadHombreLands, double dipping on defiance with a nod to Trump’s “Bad Hombres” comment from one of the Presidential debates.

Because the accounts were set up and are being run beyond government parameters, they’re essentially off limits to President Trump. Though some are just days or even hours old, a few have racked up followers into the hundreds of thousands and even the million mark. We have a feeling this resistance is just getting started…

What do you think of these rogue accounts? Let us know over @BritandCo.