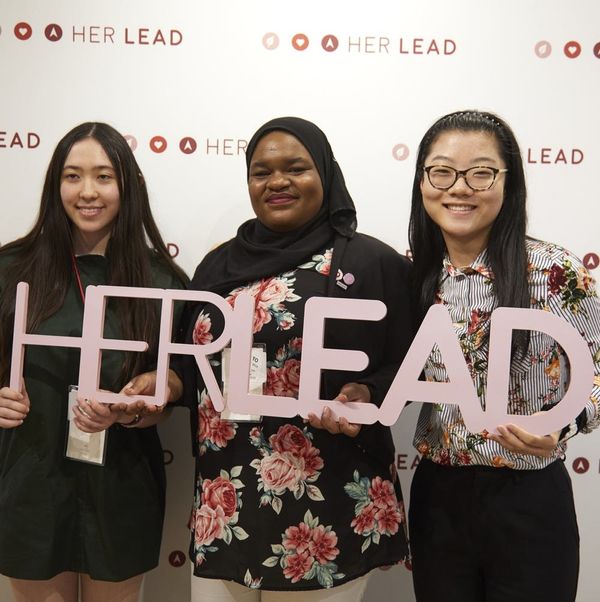 Be the Change looks at real-life projects and inspiration to make the world better.

Nadya Okamoto was only 19 when, in 2017, she ran for a city council seat in Cambridge, Massachusetts. By then, the Harvard undergrad was already three years deep into a career in public service. While still in high school, Okamoto co-founded the global menstrual advocacy non-profit PERIOD, which provides menstrual supplies to people who may not otherwise be able to access them. Her drive to help others was sparked by personal hardship: Between her freshman and sophomore years in high school, Okamoto’s family experienced a period of homelessness. But Okamoto credits her participation in a program called HERlead for developing the tools to turn her desire to help into a blueprint for action.

“The program jump-started my career in public service, and provided me with a support network that I continue to cherish today,” Okamoto wrote in 2017. “This was the first competitive program I had built up the nerve to not only apply to, but was also accepted. I arrived to the program and was welcomed as a ‘girl with a big idea.’ I left as a young woman with a plan.” Just a few short months after Okamoto attended her first HERlead conference in 2014, PERIOD was officially born.

HERlead is an annual leadership training program for teen girls, run in partnership between the Vital Voices Global Partnership and Ascena Retail Group Inc., the parent company of retail brands Ann Taylor, LOFT, and Lou & Grey. Since its inception in 2011, the HERlead Fellowship has mentored more than 310 young women who aim to change the world for the better — among them, Okamoto — from across the US, Canada, and Puerto Rico.

Each year, 30 applicants are selected to attend the HERlead Leadership Forum, after which they become eligible to apply for a HERlead Grant to bring their visions to life. In under a decade, HERlead has funded 246 community projects created and run by Fellows, which the organization estimates have directly impacted over 70,000 people in more than 20 countries worldwide.

As of January 15, applications are open for the 2019 Leadership Forum, which will be held from June 24 to June 27 in New York City. Applications close on International Women’s Day: Friday, March 8. Girls currently in the 10th or 11th grade at a high school in the US, Puerto Rico, or Canada are encouraged to apply.

Okamoto, who wound up serving as a 2017 ambassador for HERlead, makes a convincing case for the program’s powerful effect. “Connecting with inspiring women from all over the world, who had overcome adversity and devoted their efforts to empowering others, pushed me to push past the adversity I was going through at the time and take action,” she wrote. Consider us sold.

Are you a teen who wants to apply, or know of someone who should? Find out how here.

Kelli Korducki
Kelli is Brit + Co's Senior News Editor. Her interests include sensible footwear and glasses that take up 25 percent of her face.
Be the Change
Empowerment
Be the Change Empowering Girls
More From Empowerment