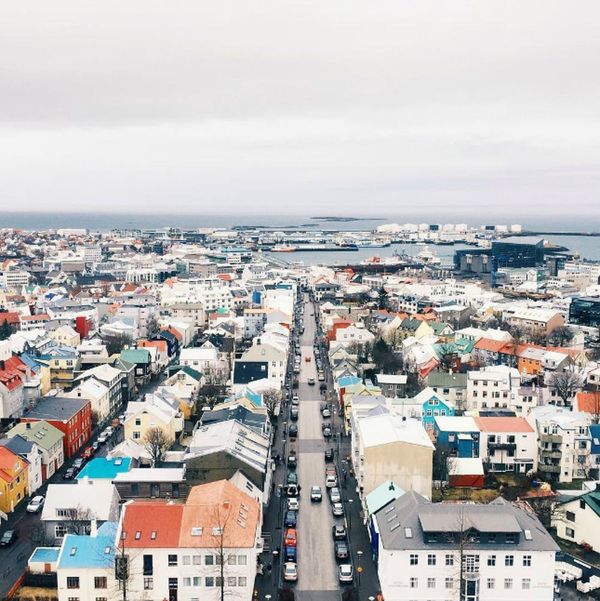 Starting the year off boldly, the government of Iceland has passed a new law stating that employers in the island nation cannot pay men more than women for equal work. After passing the law early in 2017, the law *officially* took effect on Monday, the first day of 2018, making Iceland the first country in the world to formally legalize equal pay between men and women.

Stats on equal pay can be pretty demoralizing for many women. Stateside, the gender pay gap is pretty hefty. On average, women make 20 percent less than their male counterparts regardless of experience or education. For women of color, the pay gap is worse — Black women make 35 percent less than white men, and Hispanic women make a whopping 40 percent less on average. Some studies say the US won’t be able to close the wage gap for another 40 years.

Under the new Icelandic rules, companies and government agencies employing at least 25 people will have to obtain government certification of their equal-pay policies, and if they don’t, or do cannot provide wage parity, they will face hefty fines.

Iceland is already ranked the most gender-equal country in the world by the World Economic Forum, and that’s in part due to the fact that the country’s parliament — the Althing — is made up of 48 percent women. And the women in the country have never been shy about how they have felt about equality. In 2016, the nation’s women protested unfair wage practices by staging a work walkout.

In late October 2016, thousands of women left work at exactly 2:38pm local time to stop working at the moment they would be getting paid until if their salaries were the same as the men they worked beside. It was the most recent in a series of strikes by women in the country working towards equal pay.

In the 1970s, women in the country staged a day without work protesting similar unfair conditions. They staged similar walkouts in 2005 (leaving at 2:08pm) and again in 2008 (leaving at 2:25). Gylfi Arnbjörnsson, president of the Icelandic Confederation of Labor, told the country’s official national broadcaster RÚV that waiting 50 years to reach parity should not be acceptable for any reason, especially not equal pay for women.

“No one puts up with waiting 50 years to reach a goal,” Arnbjörnsson said. “It doesn’t matter whether it’s a gender pay gap or any other pay gap. It’s just unacceptable to say we’ll correct this in 50 years. That’s a lifetime.”

What do you think of Iceland’s legal wage mandate? Tell us @BritandCo!

Kat Armstrong
Kat has been a writer, social media maven and mom for longer than she's willing to admit. She's also spent time in front of and behind the camera, interviewing celebs, politicians and acting as a producer for fashion and artistic photography shoots. When she isn't writing for various orgs and publications, she's hanging with her kids, husband and French Bulldog, Peter, in Toronto, Canada.
Politics
Current Events
Politics work