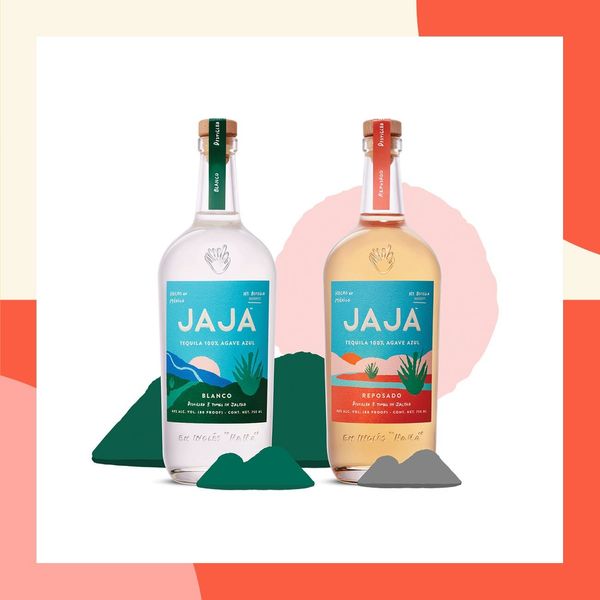 Have a booze aficionado on your holiday gift list? You could always add a classic bottle to their bar cart, but why not impress them with something brand-new? Scroll for 14 new spirits that will delight the most discerning of drinkers.
Three Olives Eggnog Vodka ($18): Not your average vodka, this seasonal version has a creamy taste to start, notes of warming spices throughout, and a clove-and-vanilla finish. Mix with half-and-half and a touch of honey for a lower-calorie take on spiked eggnog.
High West Distillery A Midwinter Night's Dram ($99): With notes of ginger, fig, molasses, spiced cherry, and dark chocolate, this limited-edition rye whiskey will pair with just about any holiday dessert — though High West recommends sipping it on a snowy day by a crackling fire with a plate of fig cookies, which doesn't sound half bad.
White Walker by Johnnie Walker Whisky ($36): Snag this White Walker whisky for your favorite Game of Thrones fan ASAP; the bottle, containing whisky with notes of caramelized sugar, vanilla, and red berries, will be sold until supplies last. In true Westeros fashion, the bottle uses thermochromatic ink to reveal a surprise message when frozen.
Michter's US*1 Toasted Barrel Finish Bourbon ($60): For true bourbon fans, this bottle will have been worth the wait. After a three-year hiatus due to whiskey shortages, Michter's aged this limited-edition blend for an extra period in a barrel made from toasted wood, resulting in an enhanced spiced flavor with chocolate, honey, roasted nuts, and burnt brown sugar.
Luxardo Sour Cherry Gin ($37): If your giftee eats maraschino cherries by the jar, they'll love this velvety, deeply red gin, made with Marasa cherries. Luxardo suggests drinking it neat or in a Cherry Martinez with sweet vermouth, bitters, and cherry liqueur.
JAJA Tequila ($35): You and your best friend likely already bond over @F*ckJerry memes. Take your fandom a step further with this tequila, launched by none other than the Instagram icon himself. Choose between blanco and reposado for shots, margaritas, and palomas, and definitely gift-wrap with a pack of What Do You Meme? cards.
Belvedere (RED) Vodka Limited Edition by Laolu ($28): Any vodka aficionado would be happy to add this Belvedere bottle, designed by artist Laolu Senbanjo, to their bar cart. The smooth, additive-free blend of Polish Dańkowskie rye and water has subtle hints of cream and spice, which makes it ideal for adding to eggnog and other holiday beverages. Proceeds go toward (RED)’s fight against HIV/AIDS in Africa.
Naked Grouse Whisky ($33): Naked Grouse is a simple blend of various single malt scotch whiskies, uniquely matured in a sherry cask (instead of the traditional bourbon cask) for a taste of apples, toasted oak, and soft spice. Those flavors work well in a sour with lemon, sugar, cherry liqueur, and frothed egg white.
Malfy Gin Rosa ($30): Distilled in Italy, this Sicilian-grapefruit gin will transport anyone who sips it to some idyllic beach along the Mediterranean Sea — even if they're shivering in a parka. The gin, which turns pink when distilled with pink grapefruit peel, tastes best with tonic, ice, and a little bit of lime juice and honey to bring out the citrus.
Old Forester 1910 Old Fine Whisky ($55): Grab this double-barreled bourbon for the sweet tooth on your list. They'll definitely approve of its sweet oatmeal raisin cookie, milk chocolate, caramel corn, and spice flavors, which go down easy when served neat.
Crystal Head Vodka John Alexander Artist Series ($150): Vodka is almost always a safe bet for boozy gifting, and it's virtually guaranteed that this skull-shaped keepsake bottle, decorated by artist John Alexander, will be a hit. As for the vodka: It's distilled four times and filtered seven times (three times through Herkimer diamonds).
The Balvenie Tun 1509 Batch 5 Scotch Whisky ($275): Splurge on this rare scotch for any serious whisky lover on your gift list. While they sip it on the rocks, they'll appreciate that a malt master in Scotland made the sweet and spicy drink by marrying 29 different casks from Europe and the States.
Bully Boy Distillers Amaro ($29): This 26-ingredient liqueur is balanced with flavors from grapefruit, florals, and hops. Amaro is usually drunk as an after-dinner digestif, but this bottle can also be used for a twist on cocktails like manhattans and negronis.
Tattersall Straight Rye Whiskey ($35): Rye purists will love you for giving them this 100% rye whiskey. Peppery on the tongue and just a bit caramel-y, it's best enjoyed in an old-fashioned or another classic cocktail.