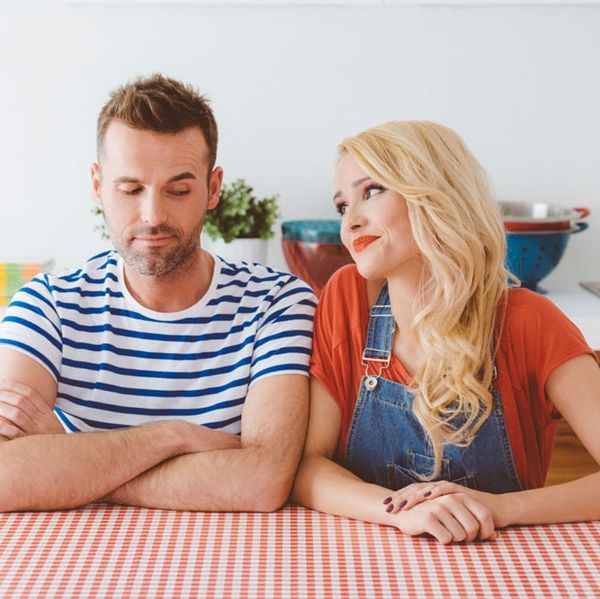 Try as we might to always say the right thing (especially during a bad fight), sometimes an off-color comment slips out. Frenemies take conversations out of context, rumor spreads that we actually hate our friend’s boyfriend and sibling rivalry can push us to say hurtful things. We all mess up every once in a while. So how do you make amends? An apology is a really good place to start.

Researchers from The Ohio State University believe some pleas of forgiveness are more effective than others. In a recent study, they asked 333 adults to read a scenario about an employee that understated a client’s capital gains income on a tax return. Participants in the study put themselves in the place of the employee’s manager and rated whether or not the apology was believable. The study’s lead author, Roy Lewicki, professor emeritus of OSU’s Fisher College of Business, shares which elements make for the best apology, according to science.

How to Apologize the Right Way

1. Take responsibility. If you do nothing else in your apology, put aside your pride and admit that you did something wrong. “Our findings showed that the most important component is an acknowledgment of responsibility. Say it’s your fault, that you made a mistake,” Roy says. Even if you were totally in the right (in your mind, at least) calling out the mistake and taking some ownership shows other people that you empathize with them.

2. Mend the situation. You can’t take away the hurt, but offering to repair it can help. “One concern about apologies is that talk is cheap,” Roy says. “By saying, ‘I’ll fix what is wrong,’ you’re committing to take action to undo the damage.” Be as specific as possible and keep your suggestions realistic.

3. Show remorse. Displaying genuine emotion sets you apart from all those impulsive apologizers out there. Now’s the time to let go of all those feels and get vulnerable. Feel like crying? Don’t hold it back.

4. Explain what went wrong. This doesn’t replace taking responsibility, but sometimes talking through what happened can clear up a misunderstanding. Avoid making excuses and stick to the facts. Reviewing can also highlight the problem so that you don’t make the same mistake again.

5. Say you’re sorry. Surprisingly, a lot of people get so wrapped up in the explanation of what happened and how they’re going to make it right that they completely miss this one. Save yourself some time. A sincere “I’m sorry” says a lot.

6. Ask for forgiveness. The study says this element is the least effective of the bunch, so if the situation doesn’t call for it, you can drop this step. Truth be told, they don’t have to accept your apology, but it doesn’t hurt to ask.

Have you ever received a really sincere apology? Share your stories @BritandCo!

Ashley Mason
Ashley is a freelance lifestyle writer based in Brooklyn. Since 2009, she has been drinking her way through the city’s diverse coffee shops. When she’s not hunched over her laptop, she can be found trying new restaurants and playing with her Beagle mix Signe.
Relationships
More From Relationships