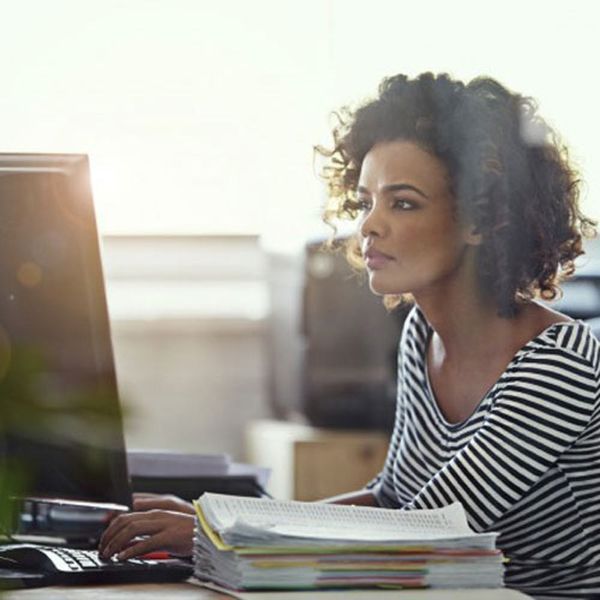 I’ve been an entrepreneur for just over a year, and Modern Citizen is my first company. A year ago it was just me, running everything out of my house, working with a lot of freelancers and other startup, partner services. Today we’ve got our first office and event space, and we’re five people strong.

From Cruising Altitude to Ground-Level

Before I began Modern Citizen, I worked for Gap, Inc. as part of the strategy and business development team in the e-commerce division. Part of my job was looking at women’s businesses in the online space, just seeing what was interesting out there. Two companies that stood out to me were ModCloth and Nasty Gal — they both have a very specific aesthetic and a great sense for brand. You just look at their websites and you immediately know who their clientele is.

They really helped inspire my vision for Modern Citizen, especially since they were both brands who began as online retailers, without brick and mortar experience. They built their community through their voice, products and branding. At Modern Citizen, we curate and sell clothing for women who are modern, forward-thinking and polished. We imagine that many of our customers work full-time and maybe do most of their shopping online from their desk. We started doing pop-ups in corporate spaces, to make the shopping experience effortless for them and to just give them a little pick-me-up in the middle of the day. It’s been a big change, though — evaluating businesses from a 30,000-foot view to where I am today, at the five-foot view, clued into every single detail and minutia of the business.

People are Movers and Shakers (and Clothes-Buyers)

We were lucky to bring in our COO and co-founder, Lizzie Agnew, in February of this year. She was previously a general manager at ModCloth. Today our team is made up of five inspiring women, but we’re all vacuuming and taking out the trash, answering tickets in Zendesk and packing boxes.

Now that we’re a team, one of the first things that surprised me was how much everyone cares. As a founder you think you care more than anyone else about your business, but I’ll come in some weekends and the team will have been here a few hours before me, and I had no idea they were planning to work. The amazement I’ve felt has been so tangible.

That’s partly because I’ve also experienced it the other way. I was naive when I first started hiring, because I was thinking strategically about market opportunity more than I was thinking about actual execution. Your team is executing your vision; they’re hanging clothes on racks at a pop-up and shaking hands with your customers. So both your customers and your team have to be put first. When we talk about “the market,” it’s made up of customers, and the chart moves because customers are people and people are dynamic. You’ve got to place emphasis on every interaction that you have, with every person.

As long as we’re making our customers happy and leaning on and inspiring each other as a team, I know we’ll get where we want to go. Consistently doing those two things is our North Star.

Having come from a large company, I know that you can lose this shared sense of responsibility and culture once you get used to a level of hierarchy. Transparency between teams goes away, and there’s a lack of ownership once your team “owns” one thing and “doesn’t touch” something else.

That’s why having a team that’s at the top of their game and cultivating excellence in each other is so valuable. Right now, we don’t feel limited because we’re a small business. We can do a lot of what the big boys do, but we have to do it in a way that makes sense given our resources, and we can do that because we have this magical mix of people who keep each other motivated. We’re aligned around a shared sense of responsibility, and around our customers. It wasn’t clear to me until I was running a small business that you can’t plan backwards from the success you’ve predicted. Instead, we have to start with our customers because, without them, we wouldn’t have a business.

This post was previously published on Levo League by Jessica C. Lee. Photos via Getty.