5 Ways to Silence Your Inner Critic Once and for All 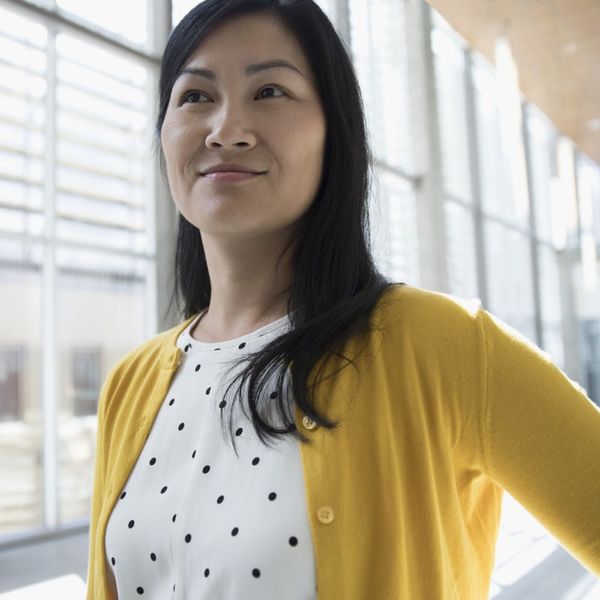 The little voice in your head can be powerful, both as a source of major motivation and positivity and, sometimes, as a harsh critic that can stop you in your tracks as you work toward accomplishing your goals. Since living with impostor syndrome can be especially harmful to your career, we chatted with a handful of trailblazing women who told us how they finally shut up their inner critic at work. Read on for the 411 on how your inner critic can hold you back professionally — along with what you can do about it.

Put More Trust in Your Team

Katharina Borchert, chief innovation officer at Mozilla, says taming her critic has been key to her success. “Nowadays, my inner work critic can be a massive nuisance — however, it isn’t entirely a bad thing,” she shares. “It keeps me honest and grounded; however, it needs careful managing so it doesn’t grow into a raging beast that consumes me.” Bochert says that while her inner work critic used to cause her to agonize over decisions and second-guess herself, trusting her team and taking space away from work has helped settle it down. “I’ve learned to surround myself with great people who I can trust to give me honest feedback in all situations. It’s important to me to have a diverse team, because that ensures that people look at issues from different perspectives — we’re less likely to miss important aspects. The inner beast still wants out from time to time, so outside of work I will give it some space to be overly critical. Then I take it for a good long run and go back to listening to my trusted colleagues’ voices instead.”

Are you a perfectionist? Ko Im, a deputy editor for NY Yoga + Life, says that feeling this way held her back from starting projects and caused her to compare herself to others. “I simply felt like I wasn’t good enough,” she admits. Im explains her inner critic, pushing her toward the idea of perfection, came from a socio-cultural background that was amplified as she worked as an on-camera correspondent. “Meditation was key in shutting up my inner critic after receiving comments from the peanut gallery. It made me aware that the mind likes to play tricks on us in the cloak of self-protection.” Im tells us that now she’s focused on what truly matters. “With meditation practice, I can throw things into the universe with confidence and listen to my most authentic self.” Go, girl!

Accept Your Personal Path to Growth

Communications expert Alicia Barnes says that her inner work critic was relentless before she accepted her personal path to growth. “I’ve always been someone who goes above and beyond to meet and exceed expectations, as well as pushing myself to be capable of more,” she says. “However, my inner work critic kept telling me that I needed to spend more time doing this, or more of my non-working time to plan more work. I thought this was the key to success and promotions, but I finally realized it was the key to burning out and being taken advantage of.”

Barnes tells us that while she suffered from working for bosses who took more than she could realistically give, a realization that she doesn’t need to drive herself crazy to succeed became the key to finally shutting her inner work critic up. “Now I know I can still succeed with my same drive, but I am learning to give myself a break and accept that everyone is on their own path to growth. No one knows it all.”

Let Your Support System Help You

“One of the biggest challenges that has come with creating a business is battling my internal critic,” confesses Amity Kapadia, a content marketing consultant who’s also in the early stages of building a new business. “My inner work critic causes me to feel self-doubt. To combat and quiet it, I rely on a support system.” Kapadia shares that tight-knit online communities like Dreamers // Doers have been a big help, while IRL monthly dinners with fellow entrepreneurs and group texts with friends and family further build her professional confidence. “Surrounding myself with positive people who constantly push me and cheer on my success is the best weapon I have,” she affirms.

“Lady Engineer” Lindsay Tabas also harnesses the power of people cheering her on when her inner critic becomes too loud at work. “When people say nice things to me via a digital channel, I write the message down on a Post-it and put it in my physical world,” she explains. “When I get critical or feel frustrated, I look at my wall and see 30+ Post-its. It reminds me that there are a lot of people out there supporting me and my mission.”

We can all be a little bit too hard on ourselves from time to time, especially when it comes to projects we share with others. “My inner critic is extremely present when I am writing. Whether it’s my newsletter, blog posts, or personal essays — before I hit send, I question myself,” admits Harper Spero, a business coach and consultant. “I wonder: Who cares? Why would anyone read this? Why should I send this?” To shut her critic down, Spero says she reminds herself of how helpful sharing her stories and experiences can be. “People come back to me and thank me for my willingness to share. They thank me for my vulnerability and realness,” she beams. “That validation is certainly helpful, and it’s a work in progress to constantly trust my gut. To silence my critic, I have to remind myself that not everyone is going to love what I’m putting out into the world and it’s important to be okay with that.” Words to live by!

Have you successfully shut up your inner work critic? Tweet us what helped you @BritandCo!

Krista Gray
Krista Gray is a web producer and freelance writer who lives in San Francisco. When she's not working with clients through her company GoldSquare, she loves reading, traveling, and learning new things.
Career Advice
Work
Career Advice Girlboss Mental Health Self