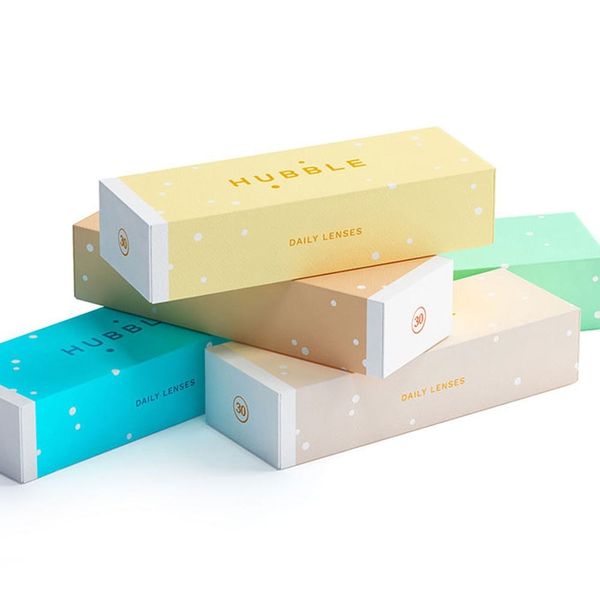 As dangerous as online shopping can be, the pros have unquestionably outweighed the cons. One major upside: all those monthly subscription boxes that can be sent directly to your doorstep. And we’re not just talking about luxuries like Birchbox. The necessities can be delivered now too. Ritual just launched a women’s multivitamin that will send you a replenished supply monthly. Amazon Prime will deliver all those boring household supplies you don’t want to have to think about. And now, new contact lens brand Hubble is disrupting the industry by cutting out the middleman and offering the daily staple with double the convenience and half the price.

Hubble, which just launched today (November 1) is following the now widely-adapted Warby Parker business model: Cut out the all the intermediaries, sell online and offer the same product at a price that feels much more manageable. Anyone who wears contacts on a regular basis knows that going sans lenses can add up quick.

A release about the brand’s launch explains that Hubble founder Ben Cogan first had the idea when he was down to his last few pairs of contacts. He realized he had two options: overwear his old ones or spend a fortune for a new box. He then did some research on the industry and came to a few realizations. Mainly, that a mere four manufacturers control 95 percent of the contact lens industry. And when there is little competition, prices are able to remain sky-high.

The release states, “There are more than 40 million contact lens wearers in the United States and retailers are selling lenses to them at a 15-100x mark-up from manufacturing costs. Because of this steep pricing structure, many contact lens wearers are forced to overspend or over-wear their lenses.”

Enter: these new FDA-approved contact lenses, which are available only on a subscription basis. The subscription model allows for two things: lower prices and convenience. Never worry about having to top up in time again. Every month, a new box will be delivered to your door.

Now, let’s talk money. You have two options: pay monthly or annually. If you opt for the former, you’ll be paying $30 a month for a month’s worth of contacts. If you’re more of a one-and-done sort of person, the latter costs $264 for a year’s worth of lenses ($22 a month). For that option, you’ll receive the full shipment at once.

If you want to give it a try, Hubble is currently offering your first box free (you just need to pay $3 for shipping + handling). We’re not really *seeing* many downsides to this one (get it, guys, GET IT?).

Cortney Clift
Cortney is the senior writer and special projects editor at Brit + Co. She typically covers topics related to women's issues, politics, and lifestyle. When she's not buried behind her computer you'll find her exploring New York City or planning her next big adventure.
Eye Glasses
Most Recent
Eye Glasses