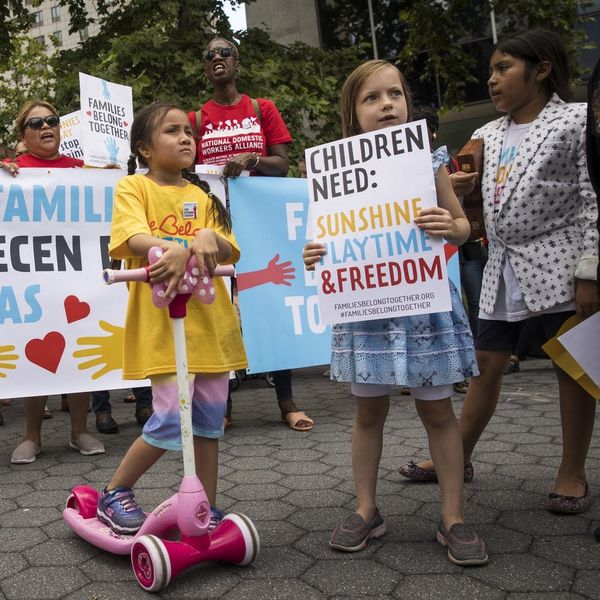 It’s been weeks since the government missed its last deadline to reunite families who were forcibly separated at the US-Mexico border under the Trump administration’s “zero tolerance” policy. New documents show that over 500 children are still being detained.

As of August 20, 528 immigrant minors remain in detainment centers away from their parents according to court documents filed Thursday by the. Of the 528 kids, 23 are under six years old, and the remaining are five to 17. A majority of those children’s parents have already been deported.

When the July 26 deadline came around nearly one month ago, at least 700 immigrant children remained separated from their parents and in detention facilities. By the time the administration stopped separating families at the southern border, there were more than 2,500 minors who had been taken from their parents.

While hundreds of families remain separated, mental health experts are warning of the severe psychological harms the government is inflicting on families, especially children.

“A lot of these youth have nightmares because they saw the border patrol agent, the judge, or the prison guard taking their parents away. They see the person they love the most being humiliated, taken away, shouted at. It can be very violent,” American University sociology professor Ernesto Castaneda-Tinoco, PhD, previously told Brit + Co.

Particularly given the myriad reports of sexual and physical violence taking place in juvenile immigrant detention centers, the trauma families are enduring is immense and will have long-term consequences.

“Two of the most damaging childhood adversities are loss of the attachment bond with the parents and childhood physical and sexual abuse,” Luis Zayas, a professor of psychiatry at the University of Texas told ABC News in June. “If you want to damage someone permanently, expose him or her to one or both of these traumas.”

The UN has also said that forcibly separating families at the border “may amount to torture.”

In a statement published Wednesday, the ACLU wrote that the government had finally handed over phone numbers on record for parents whose children had been separated from them. But, “Unfortunately, thus far, many of the phone numbers have been inoperable,” the statement says. The ACLU notes that some parents may be in hiding in their home country, “considering that they have all been deported to countries which they fled in the first place.”

Along with several immigrant rights organizations and the law firm Paul, Weiss, Rifkind, Wharton & Garrison LLP, the ACLU is on a steering committee working to find parents who still don’t have their kids back, both in and outside the US. The steering committee is working with the Trump administration to locate and reunite parents.

The ACLU is back in court this afternoon with administration defendants for a scheduled status hearing.

How to support organizations who are working to reunite migrant families.

Elizabeth King
Elizabeth King is a politics, history, and culture writer based in the Twin Cities. She is generally pretty cranky but still enjoys traveling, music from the early 2000's, and plotting the resistance. Feel free to say hi on Twitter at @ekingc or check out some of her work at www.elizabethcking.com.
Controversy
Current Events
Controversy Immigration Politics
More From Current Events