Today Is the Deadline Day for Migrant Families to Be Reunited 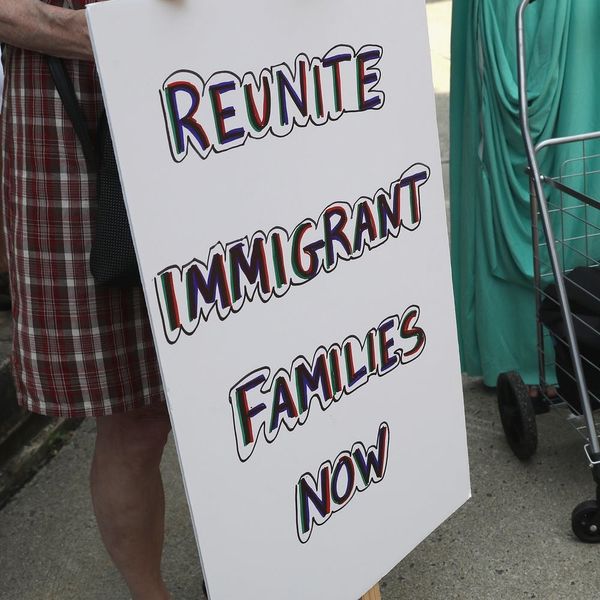 Thursday, July 26 is the official deadline by which a federal judge ordered the Trump administration to reunite all families who were forcibly separated at the border under the “zero tolerance” policy. An earlier deadline for families with children younger than five years old was not entirely met. Like the first deadline, the administration is not expected to reunite all remaining separated families by the end of the day today.

Here’s what’s happening with separated immigrant families now that the deadline has come.

how many families still aren’t reunited?

According to government figures, there were 2,501 children that needed to be reunited with their parents by the end of the day on July 26. According to CNN, 1,012 families have already been reunited, but up to 914 families will not be back together in time for the deadline to be met. The government claims to have reunited more than 100 families between Monday and Tuesday of this week.

Nearly 200 parents who are still in the US have been deemed “ineligible” for reunification. Parents may be considered “ineligible” to have their children back for a number of reasons, including having a communicable disease or the fact that the government can’t locate the parents, according to the ACLU. The government also claims that some families can’t be reunited because of alleged crimes committed by some parents. The ACLU says that the government needs to provide more information to demonstrate that there is a legitimate threat to a child’s safety if they’re going to continue to keep them away from their parents.

HAPPENING NOW: Children protest at the Capitol against family separation at the border for the #IAmAChild March.

Today is the deadline for the Trump admin to reunite all 3,000 children with their parents.

In response to public backlash over the “zero tolerance” and family separation policies, President Trump has said that he wants to detain families together and deport them as a unit, rather than let asylum-seeking and immigrant families live freely and go through the visa application process. However, there is not currently enough space in existing ICE detention facilities to hold everyone, so the president is seeking to use additional military bases and build new structures where families can be detained.

Activists want to see all families freed from detention and living together inside the United States, where they have the legal right to seek asylum. Immigration rights groups continue to push for the release of all detainees in ICE detention facilities, put pressure on the government to abolish ICE altogether, and support immigrants and refugees as they seek safety in the US.

The ACLU, which brought the lawsuit that led to the deadlines for reunification, will continue to fight the administration in court over family separations and detentions.

Elizabeth King
Elizabeth King is a politics, history, and culture writer based in the Twin Cities. She is generally pretty cranky but still enjoys traveling, music from the early 2000's, and plotting the resistance. Feel free to say hi on Twitter at @ekingc or check out some of her work at www.elizabethcking.com.
Controversy
Current Events
Controversy Immigration
More From Current Events