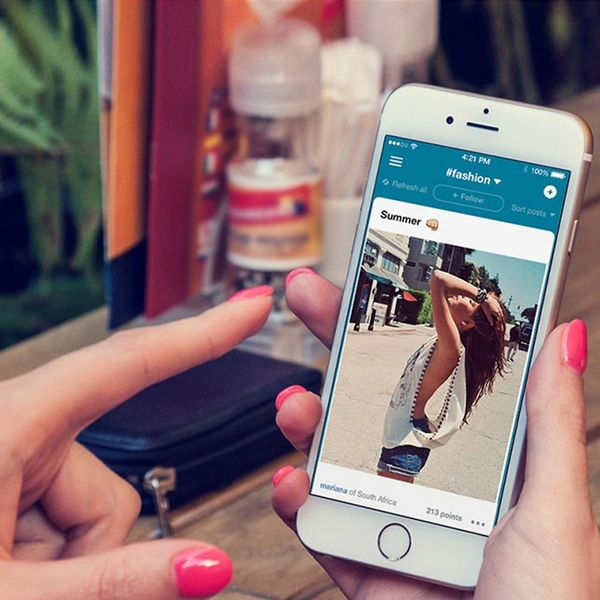 Since the end of 2014, Instagram has been gifting us with update after update, new features after new app. One thing the photo-sharing platform and other social media outlets have not been able to successfully fix, no matter how many upgrades they release, is online abuse. New app Hyper, which is essentially a hybrid between Instagram + Reddit, wants to be your new go-to social network with one feature missing — it’s trying to cut out the bullying.

Modeled after both of those hugely successful outlets, Hyper is a just-released iOS app for people to discover and share photos of their life while maintaining as much privacy as possible in our share-everything-now generation. Users are encouraged to create a pseudonymous account, meaning they can choose to show their real identity or remain anonymous. No matter what they choose, there is no actual profile attached to the username, so followers or any random person can’t click to learn everything about a particular user’s life. This could be a real safe zone for the social media obsessed.

Users are able to connect with one another through hashtag topics, where they can post images to a given hashtag (like, #gym #gamers #makers!) where feedback and up- or down-votes instantly happen, giving posts a surge to the top of that particular hashtag section or a ticket directly to the bottom. Users can subscribe to topics they are interested in and learn more on the topic through similarly invested, like-minded people.

While the app does seem like a promising idea for combatting Internet trolls, (yes, you can leave comments, but the thought is that you won’t follow a hashtag for something that you’re not interested in) it will be interesting to see how the actual users apply the mission of the app. Whether they take advantage of the choice to post freely/anonymously and respect one another or continue the bullying that runs rampant across the Internet will be something to watch as Hyper grows into its own social-sharing channel.

Will you be downloading Hyper? Let us know in the comments.