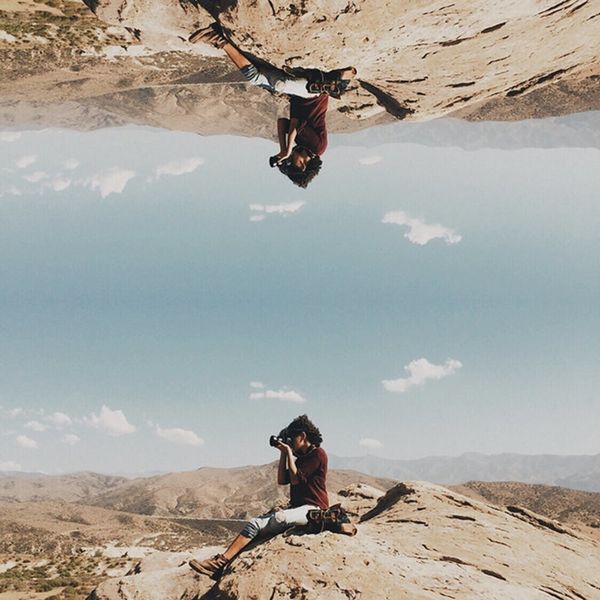 Hold the phone (and take a reaction selfie)! Instagram just announced a new app called Layout that’s going to make your photo snapping + sharing more fun and creative than ever before. Now we’ve finally got a legit outlet for having — and a reasonable excuse for taking — 5,000+ pictures on our camera roll.

Following in the footsteps of Hyperlapse, Layout takes your smartphone photography game to the next level. While Hyperlapse focuses on capturing multiple moments in one jam-packed time-lapse video, this one is all about combining your favorite festival snaps, vaycay memories and, let’s be real, best weekend selfies into a single image. In TBL (Time Before Layout), you’d have to turn to cool but clunky apps like Pic Frame or Pic Stitch before you could put your collage through the filter fun. But now, this Insta-made addition is making the before-and-OMG-after process feel more streamlined than ever: it’s just as beautiful, intuitive and easy-to-use as the OG app.

Currently available solely on iOS devices with an Android launch planned in the next few months, the new Insta-companion lets you choose up to nine shots from your camera roll to combine and shows previews of what the collages will look like in various layouts pre-final edit.

Once the photo cuts have been made, the true creativity begins. By stacking photos horizontally or vertically, dragging and dropping to rearrange your set, or resizing and zooming in or out, you’ll feel like you have Photoshop at your fingertips. You can also flip or rotate the pictures to step up the effect game. Or, if you’re feeling extra in love with a certain shot, go ahead and mirror it. With Layout, two is definitely better than one.

If your all-in-one photo seems to be close to completion but feels like it’s still missing the perfect snap, Layout has your back. An in-app feature for taking spontaneous pictures called Photo Booth was also announced today. Hit the timer button, smile and then get ready to edit: once the countdown hits zero on the Photo Booth camera and it takes the shot, the pic is instantly added to your collage for you to play with.

Once you’re done with collage creation, send it over to Instagram or another photo editing app like VSCO + Darkroom to get your filter game on before hitting the upload button. Though as we mentioned, the process is seamless between apps, it is a time suck. But one we’re calling totally worth it for the pro look and eventual avalanche of likes.

So, what are you waiting for? Go give your Insta feed an overhaul and give it some Layout love.

Will Layout be your newest Instagram companion app obsession? Let us know in the comments.