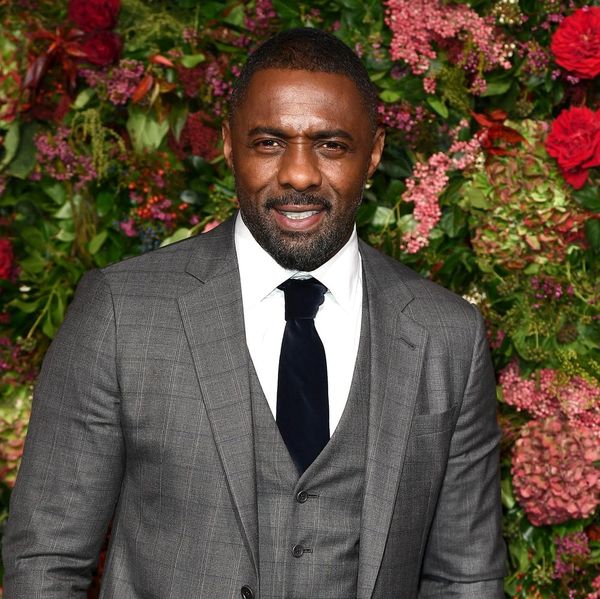 In an interview with The Sunday Times this week, British actor Idris Elba was quizzed on everything from whether he’ll ever play James Bond to toxic masculinity. And while fans of the 2018 Sexiest Man Alive already knew how witty the Luther star is, his thoughts on whether men should be afraid in the #MeToo era proves that he truly understands what it means to be an ally to women.

After being asked if it was more difficult to be a man in Hollywood since last year’s reckoning post-Harvey Weinstein, the actor simply said, “It’s only difficult if you are a man with something to hide.” While other high-profile actors have been asked similar questions over the last year, some of their responses have been less than stellar.

Last year, actor Matt Damon infamously dismissed certain post-#MeToo allegations as merely “shameful and gross” but not worthy of career — particularly as they pertained to comedian Louis C.K. (who later admitted that sexual misconduct allegations made against him by five women were true).

“I do believe there’s a spectrum of behavior,” Damon said, in apparent defense of the comedian, after saying he was pleased to see the #MeToo movement gain momentum. “There’s a difference between patting someone on the butt and rape or child molestation, right? Both of those behaviors need to be confronted and eradicated without question, but they shouldn’t be conflated.”

When the actor was rightfully called out for his words and eventually dropped from the movie Ocean’s 8 (albeit for reasons the director insisted were unrelated to the backlash), he walked back his comments, admitting that he should probably take “a back seat” to the women leading the charge in Hollywood. But his original comments came off as victim-blaming — or at least, victim-downplaying.

But Damon wasn’t the only actor this year to put his foot in his mouth over #MeToo. While on tour promoting Mission Impossible: Ghost Protocol in July, Henry Cavill toldGQ Australia that the movement made him scared to flirt. He was afraid, he said, of being “called a rapist.” Cavill’s comments, too, seemed to put the blame on women for calling out bad behavior and not on bad behavior itself.

While Elba’s simple statement doesn’t call out or blame any man in particular, it does put the onus on men’s shoulders to do better, and be better. Elba is wryly pointing at powerful men who respond, with alarm, to the possibility of being called out for behavior that they realize, deep down, is wrong. And that’s what makes Elba’s statement so perfect: It both supports women and implores the men around him to be accountable to others. And that’s truly being an ally.

Kat Armstrong
Kat has been a writer, social media maven and mom for longer than she's willing to admit. She's also spent time in front of and behind the camera, interviewing celebs, politicians and acting as a producer for fashion and artistic photography shoots. When she isn't writing for various orgs and publications, she's hanging with her kids, husband and French Bulldog, Peter, in Toronto, Canada.
Celebrity
Current Events
Celebrity Feminism