One Year Later, We Face the Limits of #MeToo’s Powers 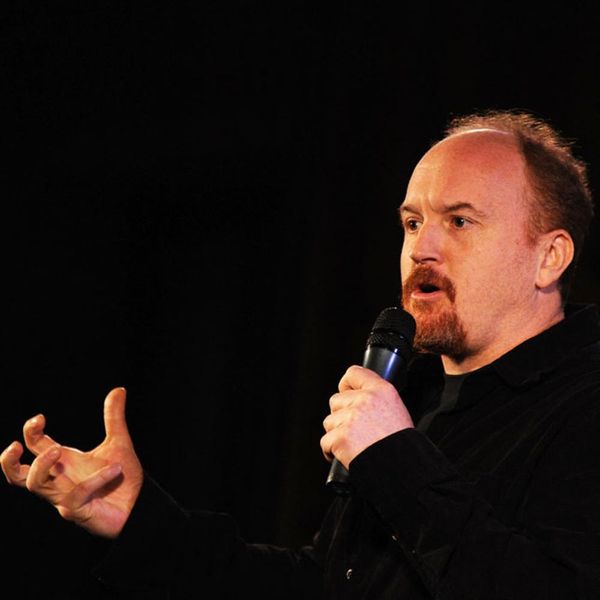 Roughly one year after reports that comedian Louis CK had sexually harassed multiple women throughout his career, he’s resumed performing comedy shows, jokingly complaining about a “hell” year and losing “$35 million in one hour.”

The comedian’s return to public life marks the anniversary of #MeToo’s emergence into the mainstream, and a year rife with examples of the power of women, survivors, and solidarity. But Louis CK’s return, like the confirmation of Brett Kavanaugh to the Supreme Court and similar cases of lack of accountability for accused men, offers a haunting reminder of the movement’s limits when faced with powerful men who are staunchly immune to shame.

Within two months of the first report about ousted Hollywood executive Harvey Weinstein, almost 90 percent of respondents to an NPR survey said they supported zero-tolerance policies for sexual harassment. Some of the biggest names in Hollywood launched the Time’s Up legal fund to offer legal support to those who have experienced sexual harassment in the workplace. And in politics, women Congress members led the charge to pass new policies around sexual harassment to better support victims in the reporting process, and have also held male politicians accused of sexual misconduct accountable.

We’ve watched the movement draw its power from the honesty and solidarity of women across intersectional lines, even as our solidarity, specifically, has come to be targeted by powerful men. And for all the internet hot takes about how terrified men supposedly are about being falsely accused, breeding the short-lived #HimToo hashtag despite how men are more likely to experience sexual assault than be falsely accused, it’s indisputable that #MeToo has changed many women’s day-to-day lives for the better. Alarmist prioritization of an infrequent male experience can’t erase the positive impact this women-led movement has had on society, and certainly, women’s lives.

But for all the revelations and deeply important triumphs of #MeToo, we’re often painfully confronted with the institutional power of backlash against our movement. Earlier this month, the Supreme Court confirmation of Brett Kavanaugh, a man accused of sexual abuse, was facilitated by a predominantly male, Republican Senate — and a president accused by more than 20 women of sexual abuse — not despite but because of the degrading message it sent to women and survivors.

It certainly wasn’t about party politics, despite how it was framed in the dominant discourse. Surely, Republican leadership could do the political calculus to see how fighting the will of the majority of Americans, by forcing Kavanaugh’s confirmation, could have steep electoral consequences down the road. Kavanaugh’s confirmation, rather, seized an opportunity to reclaim perceptions of who in society wields the power and social capital to threaten others.

And in the same vein that Kavanaugh and Republicans sought to reaffirm their dominance, they also laid claim to victimhood, establishing a false equivalence between the trauma of experiencing sexual assault, and the purported trauma of facing accountability for allegedly committing sexual assault. President Trump apologized to Kavanaugh for the “trauma” to which the Supreme Court Justice had been subjected. Sen. Bob Corker summed up the Republican Party’s one-sided outlook on the treatment Kavanaugh had faced, claiming he “couldn’t imagine the horror of being accused of something like this.”

Kavanaugh’s confirmation left many women and survivors with a visceral feeling of helplessness, despite all the well-meaning but reductive reminders that the next election was just one month away. From Fox executives’ removal of Roger Ailes and Bill O’Reilly shortly before #MeToo, to Netflix’s removal of Kevin Spacey from House of Cards, to , we were forced to realize how #MeToo’s success, insofar as accused men losing professional opportunities and clout, had been facilitated by yet other men in decision-making positions who either felt ashamed, or were simply afraid of PR disasters and boycotts.

The truth is, #MeToo is severely dependent on whether powerful men, who are far too often enablers or perpetrators of sexual abuse themselves, have consciences or moral backbones. As a result of severe underrepresentation of women in leadership across all industries, we’re often at the mercy of said powerful men choosing to do the right thing.

Kavanaugh’s confirmation, the return of alleged abusers like Louis CK, and an overarching lack of legal consequences for the majority of famous accused men reveal that for all men’s claims of #MeToo ruining their lives, the movement’s power has generally been limited to social repercussions. Contrary to men’s appropriation of victimhood narratives, legal recourse for survivors remains severely limited. And on top of most accused men being untouched by legal accountability, men like Fox News’ Bill Shine, who allegedly helped hide sexual misconduct at Fox for years, have had no difficulty continuing to find work and professional success; just this summer, Shine was hired to the White House communications department.

The challenges #MeToo faces are real and can’t be minimized. But progress is a long, often painfully slow arc, paved with lost fights, cruelty, and injustice. In the months and years to come, women and allies must continue to develop #MeToo, maintaining its undeniable social and cultural power, and expanding the movement into an electoral force to be reckoned with. The replacement of men like Trump, Pence, McConnell and the other elected officials responsible for Kavanaugh’s confirmation, with women and men who support survivors, would do more than prevent repeat incidents of confirming judges like Kavanaugh. It could also produce key policy change that could result in legal consequences and more meaningful accountability for abusers — in politics, Hollywood, and everywhere.

As a unit, American women comprise a narrow majority of voters and consumers. When we vote for our empowerment, and reject media and other products that benefit abusers and enablers, we reverse patriarchal roles and remind politicians and industry executives that we’re in charge — not them.

It’s frustrating how hard we’re forced to fight for basic respect, decency, and inclusion. It’s frustrating that despite women and survivors’ continued struggles since the advent of #MeToo, the insecurity of men amid a changing landscape that says they can no longer treat women however they want has empowered them to appropriate a narrative of victimhood. It’s frustrating that every time a woman publicly accuses a famous, powerful man of abuse, disingenuous concerns about “due process” and “innocence until proven guilty” tell the majority of survivors who lack video footage of their assault not to come forward.

#MeToo and the millions of women and allies who stand behind this movement have a long journey ahead. But no matter how many roadblocks we face in the years to come, we must never forget that no one outcome or incident will end this fight, until we achieve full parity.