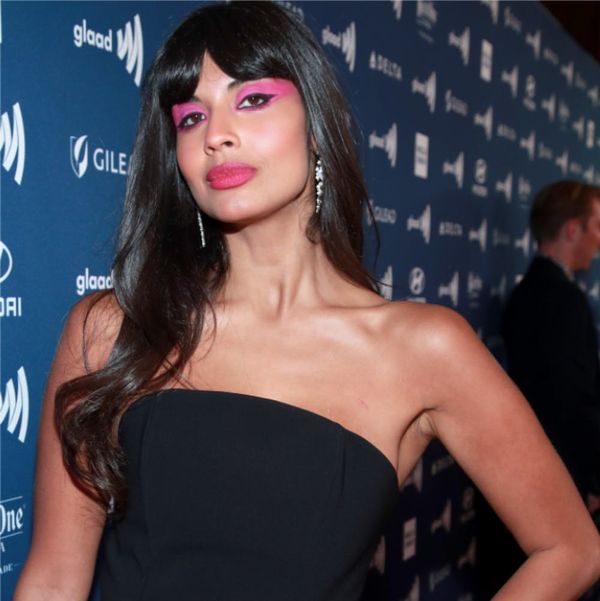 Actress and advocate Jameela Jamil has long called out the Kardashians for their ongoing promotion of so-called detox teas. Jamil’s vocal pushback recently resurfaced in the lead-up to the season 16 premiere of Keeping Up With the Kardashians — and the world is taking note.

In a March New York Times interview, Kardashian West addressed the criticism firsthand: “If there is work that is really easy that doesn’t take away from our kids, that’s like a huge priority, if someone was faced with the same job opportunities, I think they would maybe consider. You’re going to get backlash for almost everything so as long as you like it or believe in it or it’s worth it financially, whatever your decision may be, as long as you’re okay with that.”

To the Kardashians, detox teas may simply be inconsequential drinks that might help flatten a person’s stomach in a pinch. But the reality — as Jamil has been adamant to point out — is that they’re not so benign. Detox or cleanse teas, which are widely available across brands that include Flat Tummy Company, often include senna as an ingredient — an herbal laxative that can induce diarrhea and drain the body of liquids and nutrients.

When used long term and in quantities that exceed the recommended dosages, laxatives like senna can cause dehydration, gastrointestinal issues, and even heart disease. I know this because, for much of my youth, I was addicted to them.

My addiction began in my sophomore year of high school. Laxative abuse is, in fact, an eating disorder — one that many don’t talk or know about — and is often seen in those who battle anorexia and bulimia as well. As an impressionable teenager, I strived to look like the men I saw portrayed in media: thin, well-built, and defined. And so when I first came across detox teas, I viewed them as a quick way to shed some pounds.

But when I fell off my diet, the weight instantly came back. Why? Because abusing laxatives makes you incredibly dehydrated and malnourished. So when you begin to eat normally again, your body holds onto all of the food and drink you’re putting into it, and the weight quickly returns.

When the Kardashians’ New York Times interview went live, Jamil was quick to respond to Kardashian West’s rationale for continuing to endorse Flat Tummy Company products. On Twitter, she wrote, “I have been given these same opportunities to [advertise] this stuff, and I don’t do it, so they don’t have to. Thank you, next.”

A few days later, in an April 7 op-ed for NBC News, Harvard School of Public Health professor S. Bryn Austin credited Jamil for having “opened the eyes of millions around the globe to the corrupt and deceptive detox tea market.” Austin, a leading researcher in the field of eating disorder treatment and prevention, added that Jamil’s activism has “arguably” been more effective in getting the message across than 25 years’ worth of “well-intentioned but utterly unglamorous communications from the federal Food and Drug Administration (FDA).”

Dr. Austin also wrote that, according to new findings from her medical research teams at Harvard, “girls and young women who begin to use laxatives for weight loss vastly increase their risk of being diagnosed with an eating disorder[.]” She added that the American Academy of Pediatrics (APA) “is so concerned about this phenomenon that it issued a report a few years ago warning that under no circumstances should teens use these products” — referring to laxatives, diuretics, and diet pills — “no matter their weight.”

The harm in the Kardashians promoting detox teas is that there’s a good chance a lot of their audience — which includes many teenagers and young women — aspires to look like them. Many of the viewers they market to will trust what the Kardashians say about these teas and purchase them, hoping to achieve that “flat tummy.”

But what the famed family fails to realize is that laxative abuse can cause damage — both physical and emotional — to those who have struggled with eating disorders and body image issues in the past. Kardashian West’s flat stomach isn’t completely attributed to the teas, if at all: She also has access to a personal trainer, dietitian, and chef who can help her achieve a certain type of body. A person who purchases these teas expecting KKW-type results will likely be disappointed.

Jamil, who has been vocal about her own previous struggles with eating disorders, has argued that celebrities have a responsibility to take up the lead in reframing conversations around weight, body image, and food. “They need to understand how triggering words can be for those suffering with ED,” she tweeted back in January.

By choosing to promote dubiously safe products, the Kardashians risk setting impressionable fans on a road toward bad consequences: potential eating disorders, negative body image, and unattainable body goals. That’s why it’s so meaningful when celebrities like Jamil use their platforms to do their part to address what the star herself calls “the desperate need we are in to change the conversation.”

RELATED: Backlash Against This Kardashian-Endorsed Diet Product Won’t Be Going Away Any Time Soon