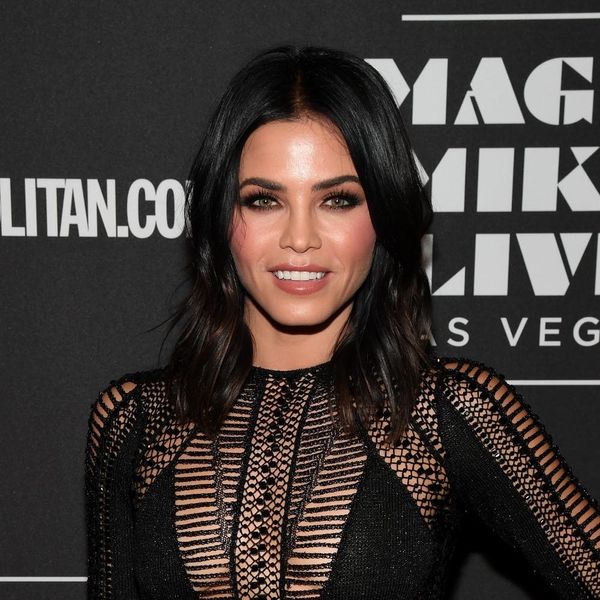 These days, Jenna Dewan Tatum famously shares a dream-like love with her hubby of eight years, Channing Tatum, as does Justin Timberlake with Jessica Biel (see the too-cute-for-words Mother’s Day tribute he posted to her). So apart from Britney Spears, who the internet can’t seem to get over, it’s difficult to imagine either one of them with anyone else. However, the Supergirl star just admitted that hers and Timberlake’s paths have crossed in the past in a romantic union that slipped right under our radar. Wait… wha?!

Appearing as a guest on Watch What Happens Live With Andy Cohen last night, Jenna brought us back to 2002, when she was a backup dancer for Janet Jackson. Timberlake, who had just split from Britney Spears, was a friend of Dewan’s when things blossomed into something… more.

“We dated, yeah,” the now-36-year-old World of Dance host revealed, adding, “Not that long… I was dancing with him after the breakup. Like, during-after the breakup.” Though she insists she wasn’t JT’s comeback fling from Spears, saying, “No, I was not the rebound!”

Dewan was also happy to share some deets with the late-night host, saying, “He’s sexy. Of course he’s sexy.” Well, yeah, we already knew that!

Are you surprised to find out that Jenna Dewan Tatum dated Justin Timberlake? Let us know @BritandCo!