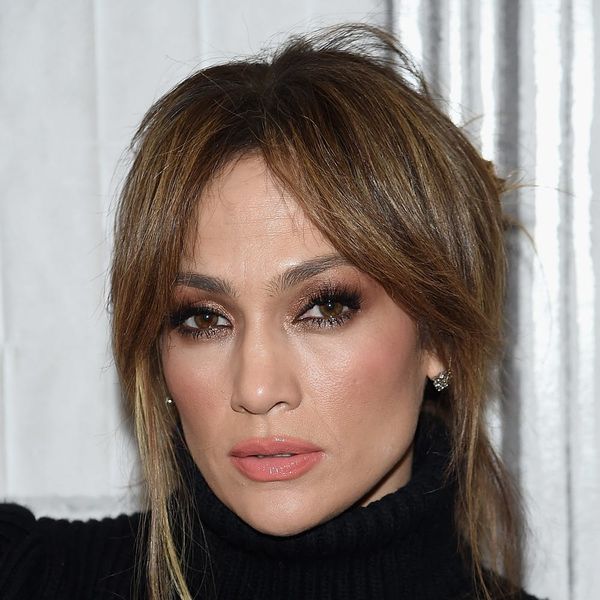 Jennifer Lopez’s love life has been the topic of much conversation as of late — between her unlikely former paramour, Drake, who she was seen cuddling up and, er, grinding with, and her open affection for Harry Styles, Lopez has been living her best life with regard to dating.

Now, she’s got a new man in former Yankee Alex Rodriguez, and despite claims by a source for E! that the two aren’t serious, they’ve reportedly taken their first big vacay together, jetting off to the Bahamas for a little R&R at a private seaside villa.

They also took another huge relationship step while on their trip: making their relationship Instagram official. In a story posted to the Snapchat-like stories section of the site, JLo could be seen getting extra-cozy with the ballplayer, who appeared to be kissing her cheek.

Perhaps realizing that the internet was about to go absolutely bonkers, Lopez was quick to delete the image, but since a screenshot is forever, it was too little, too late — the pic was everywhere. Cute as it is, it’s one that could make for an awkward sitch down the line if E!’s source is to be believed.

“It’s not serious at all. J. Lo is just dating,” he or she insisted. “Jennifer and Alex are not looking for a relationship, just a good, light-hearted time. They are both on the same page.”

That’s a whole lotta’ milestones for a “light-hearted time,” but we’ll certainly give them that it may be far too early to tell: The pair has only been linked since February, when A-Rod was seen attending one of the singer’s Las Vegas shows. They had met previously at a Yankees game, but Lopez was married to singer Marc Anthony at the time (eep!).

He's still Alex from the Bronx

Either way, we’re looking forward to seeing more (permanent) shots of these two in the future — they DO make a rather adorable couple, don’t ya think?

Are you shipping A. Rod and J. Lo? Tell us over @BritandCo.