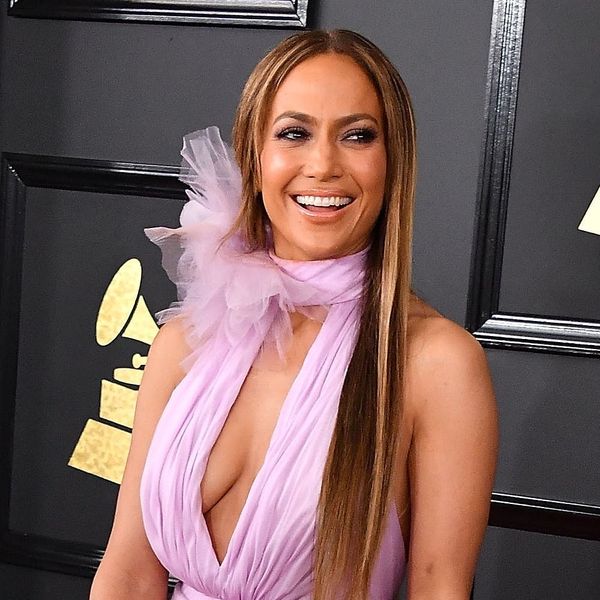 Jennifer Lopez made it perfectly clear that younger men are not off limits when she hooked up with Drake, a dude who’s 17 years her junior. But now that their sitch has fizzled, it looks like a new one might be about to start sizzling. That’s because Jenny from the block could now be eyeing Harry Styles romantically — at least if her recent interview with Ellen is any indicator!

When 47-year-old Lopez sat down with the talk show host for a game of “Who’d You Rather,” things started off with a bang when the options given were Harry Styles or Zac Efron. (How can one even make such a choice?!) Well, it was pretty easy for Lopez. “It’s funny ’cause I could do either,” she admitted before revealing, “Probably a couple years ago I would’ve said Zac Efron, but today I’m going to say Harry Styles.” Oh, my!

But that wasn’t all: The singer then continued to make the same choice, over and over again. Nick Jonas? The Weeknd? Brad Pitt? Prince Harry?! No one could compete with Styles.

As for the fact that Harry’s only 23, Lopez does concede,“He’s a little bit young for me.” But earlier, while discussing age within relationships, Lopez shared her thoughts, saying, “If there’s somebody older, they’re older. If they’re younger, they’re younger. It doesn’t matter. It’s just whether or not I’m attracted to them or not — attracted to their spirit, their soul, whatever, their energy.”

Fair enough. We have to wonder what Harry Styles thinks about Jennifer Lopez’s “spirit, soul, and energy.”

Are you shipping or skipping Jennifer Lopez and Harry Styles? Let us know @BritandCo!

Desiree O
Desirée O is a ‘Professional Bohemian’ who loves anything and everything related to the arts, entertainment, and pop culture. She ADORES being a ‘Newsy’ for Brit + Co, covering all of the latest tidbits of awesomeness that you want to read about. When she’s not writing, she’s either making messy art, going on long adventurous walks with her camera, or poking around over at bohemianizm (http://www.bohemianizm.com/). You can find out about Desirée O and her work at http://DesireeO.com/ or follow her on Twitter @DesireeO.
love
Celebrity News
love
More From Celebrity News