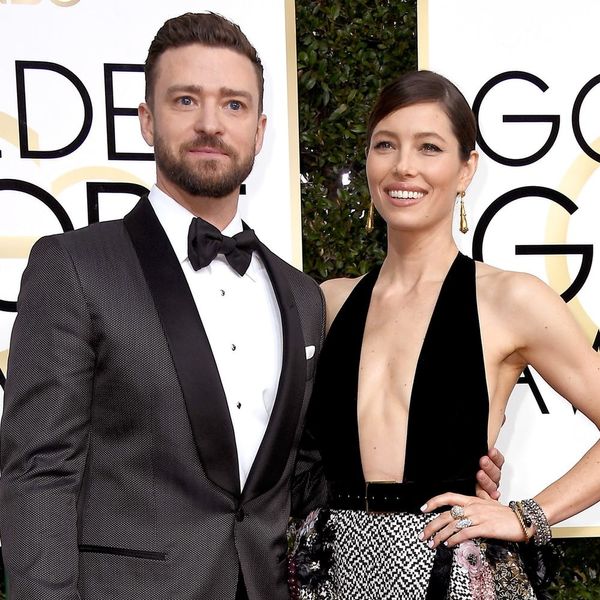 Our *NSYNC fandom is (nearly) as strong today as it was when we were starry-eyed teens watching the group onstage and singing along to their poppy tunes. You might expect the same of actress Jessica Biel, who happens to be married to former member Justin Timberlake, but it turns out that Biel was never really a fan of her hubby’s boy band. In fact, she didn’t listen to their music at all.

The 35-year-old Sinner star sat down for a Reddit AMA this week, during which she said that Adam Sandler is the funniest celebrity she’s ever worked with (on 2007’s I Now Pronounce You Chuck & Larry) and that she’s still close with her 7th Heaven costars. We also learned a few things about her life with Timberlake, including that she was probably the furthest thing from an *NSYNC fan before they met.

“I was such a theater nerd at that time that I really wasn’t listening to either of those groups,” she told someone who asked if she preferred her husband’s former group or the Backstreet Boys. She was apparently more into tunes from the ‘50s and ‘60s, with no interest in the pop music of her youth. “But if I had been cool, DUH, *NSYNC all the way, baby!” she quipped.

Elsewhere in the AMA, she shared that a typical Saturday for her family, which includes two-year-old Silas, usually sees everyone waking up early to have breakfast at home before heading to the park. The afternoons are for naps (yep, the entire family takes them) and sometimes play dates.

To all the dads out there, including mine, who selflessly give their time and love to their families, I appreciate and salute you. And to my beloved husband, my adventure companion, my road dog, who works tirelessly for THIS family and gives of himself energetically and spiritually every day, I am eternally grateful for you and your love. As Silas likes to say, "you are so much cool." I love you to the moon and back. Your adoring wife, Me

When the day starts to wind down, things start to heat up for the pair, who have been married for nearly five years. “Then mommy and daddy go out on a hot date,” she teased. We have to wonder if that involves listening to *NSYNC so Biel can catch up on what she missed. Maybe her hubby even gives her private performances. *swoon*