J.K. Rowling Just Released a New Story About a 30-Something Harry Potter 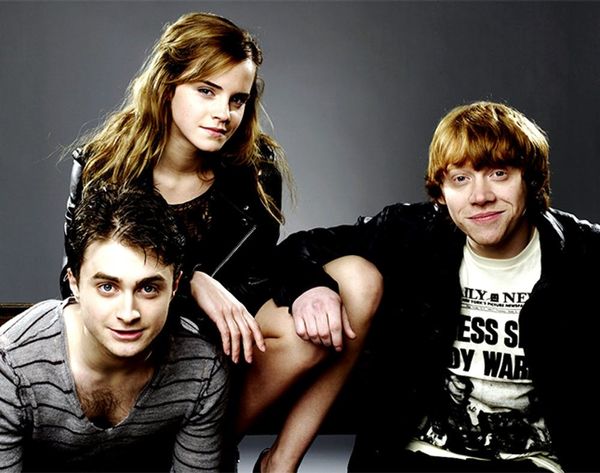 We might not know what Edward and Bella are up to while they live forever with their half human-half vampire offspring (oh, and their half werewolf grandkiddies) or how all that extensive therapy is going for poor Peeta and Katniss :( but J.K. Rowling is keeping our other YA dreams alive and releasing an update on the Harry Potter crew into the world wide web. And, oh, are we ready for it or what.

Potterheads have been devouring J.K.’s latest offering over on the author’s official site and online world of wizardry, Pottermore. With the World Cup happening IRL, Rowling’s official Insider blog has been feeding fans play-by-play updates of the Quidditch World Cup as told by Rita Skeeter, the Daily Prophet’s Perez Hilton. The crafty author — we expect nothing less — has slipped in some major updates on the beloved characters in her posts.

For the first time since the end of the series, J.K. gives us a glimpse at our favorite four all grown up through the words of Rita. She writes about a 30-something, salt-and-pepper haired Harry Potter, a balding Ron Weasley, femme fatale (and head of the Department of Magical Law Enforcement!) Hermione Granger and journalist Ginny Potter.

On the heels of Taylor Swift’s WSJ op-ed about the future of the music industry, Ms. Rowling is showing us what the next chapter of our favorite fiction can look like. The series could have ended at the Deathly Hallows, but J.K. is taking it way beyond — and doesn’t need a new seven book deal to give fans the Harry update they want/need. Knowing her readers (everyone in the world) live online (like, everyone in the world), she’s continuing Harry Potter’s story on smartphones and desktops, weaving it in to your daily read in a relevant way that’s almost a little too real. Though we would gladly wait in line overnight at a Barnes + Noble for the next installment, this is even better.

Visit Pottermore to read more highlights from the Quidditch World Cup and see what Harry and Hermione dirt Rita digs up next. Love affair, anyone?

Are you a Harry Potter fan/fiend? What author do you wish would take J.K. Rowling’s approach to keeping the story going?

Lisa Raphael
In her past professional lives, Lisa has served the masses as the Editorial Director at Brit + Co, Bieber Whisperer at J-14, Golden Girls Fan Club Prez at Lifetime and Talk Show Host Understudy to Katie Couric. Now, she's taking on the sports world at The Relish, teaching Hairography 101 in her spare time and will forever be trying to fill the hole Zayn Malik left in her heart.
Books
Home
Books Harry Potter
More From Home