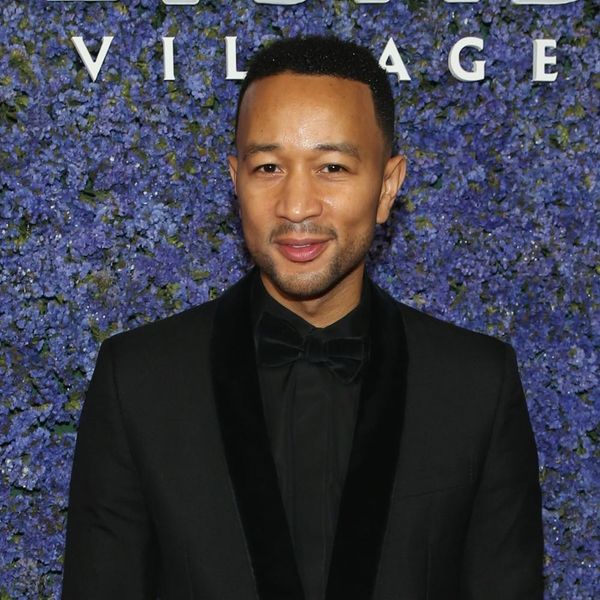 After being the only major musician willing to be interviewed for the six-part Lifetime docuseries Surviving R. Kelly, singer and EGOT winner John Legend told fans that his decision to speak out against Kelly wasn’t anything other than the right thing to do.

But, as the internet is wont to ensure, Legend has now found himself on the receiving end of backlash. A photo of Legend with his wife, Chrissy Teigen, and now-disgraced Hollywood producer Harvey Weinstein has circulated online, prompting critics to accuse the musician of hypocrisy for not taking a public stand against Weinstein first.

After a Twitter user asked the singer, “please explain?? I don’t remember you publicly denouncing this man!!”, Legend replied with some context about the photo and his relationship with Weinstein (albeit, without directly addressing whether or not he’d ever denounced the producer).

“I took a photo with and worked with Harvey on several occasions before his abuse was known to me and the rest of the world,” Legend wrote. “Since his being exposed, his company and career have rightfully been destroyed and he’s been indicted. Sounds like something that should happen to R. Kelly.”

In another Tweet, Legend expanded upon his comment, writing, “If y’all wanna cape for R and discount all these women’s stories, just say it. Don’t bring up some old pics of me and somebody else.”

Weinstein has been exposed. His career is destroyed, he's ostracized from the business and will never make a movie again. He's charged with sexual assault and is awaiting trial. If you want the same for R, then great! Me too.

Some online detractors have echoed statements from Hollywood heavyweights purporting that Weinstein’s alleged misbehavior was an open secret in the entertainment industry, implying that Legend knew what might have been happening and looked the other way. Legend maintains that he was unaware of Weinstein’s alleged infractions, and that he is glad the fallen producer has faced consequences.

“Weinstein has been exposed,” he wrote. “His career is destroyed, he’s ostracized from the business and will never make a movie again. He’s charged with sexual assault and is awaiting trial. If you want the same for R, then great! Me too.”

Kelly has yet to officially comment on the docuseries since its broadcast, though his lawyers reportedly threatened Lifetime with a lawsuit because prior to the series premiere. TMZ reports that Kelly’s team is in the process of setting up a website, Surviving Lies, to address the accusations against Kelly by women in the series and that Facebook has taken down the site’s corresponding page.

Kelly continues to deny all allegations of abuse and sexual relationships with minors.

Kat Armstrong
Kat has been a writer, social media maven and mom for longer than she's willing to admit. She's also spent time in front of and behind the camera, interviewing celebs, politicians and acting as a producer for fashion and artistic photography shoots. When she isn't writing for various orgs and publications, she's hanging with her kids, husband and French Bulldog, Peter, in Toronto, Canada.
Celebrities
Current Events
Celebrities Controversy Music TV